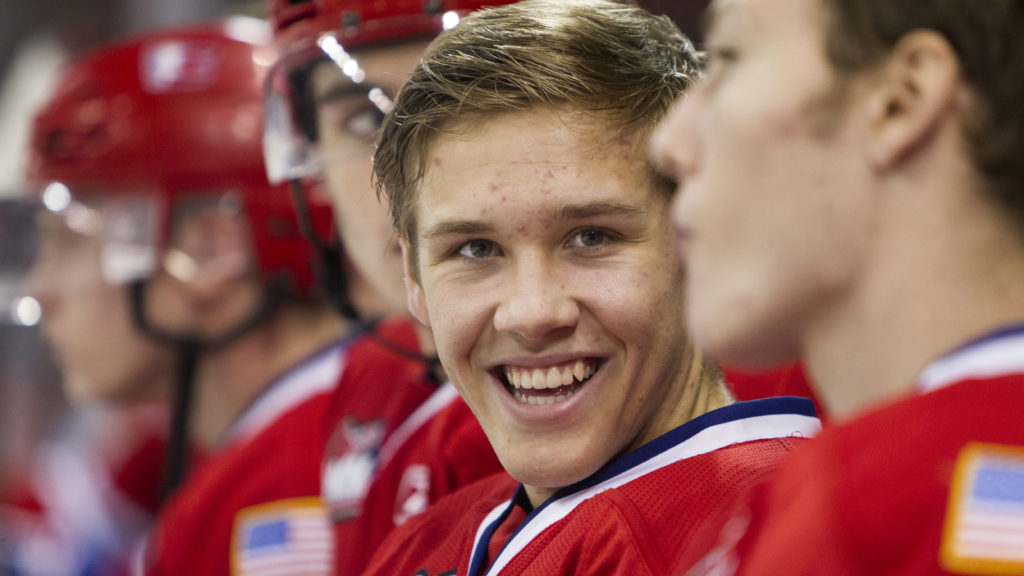 Tickets for the 2016-17 regular season are on sale now via the Chiefs’ Ticket Office, over the phone at 509-535-PUCK as well as online at spokanechiefs.com. Ticket packages start as low as $70 while group rates begin with as few as 10 people. Individual game tickets are available via TicketsWest at ticketswest.com.

Bud Light Opening Night on October 1 will feature the Bud Light Pre-Game Party outside the main entrance to the Arena beginning at 4 p.m. Building off last year’s inaugural event, this year’s season kickoff will feature live music, food trucks, a beer garden, kids’ activities and the Bud Girls. Plus, the team will “walk the red carpet”, offering fans the opportunity for autographs and photos. The game marks the 12th consecutive season the Chiefs have hosted the Tri-City Americans for their home opener; Spokane has won eight in a row.

The Sixth Annual Leinenkugel’s HOCKtoberfest promotion returns again on October 15, with Oktoberfest-themed food, drink and entertainment as well as the opportunity to win a weekend trip to Bavarian-themed Leavenworth, Washington. Entry for the trip giveaway will be available online at spokanechiefs.com beginning on September 26.

Fans will have a chance to win a $1,000 shopping spree at Fred Meyer Shop With The Chiefs Night on Saturday, November 19 as the Chiefs host the Kamloops Blazers. Enter to win at local Fred Meyer locations prior to the game.

The annual Teddy Bear Toss presented by The Spokesman-Review Christmas Fund has become a holiday tradition in Spokane. This year’s toss will be on Friday, December 9 as the Chiefs host the Kootenay Ice. Fans will look to break 2013’s record of 6,767 stuffed animals tossed onto the ice for charity after the Chiefs score their first goal of the night.

One lucky fan will win a weekend trip to Las Vegas courtesy of Miller Lite on Saturday, January 7. Enter to win at spokanechiefs.com in the weeks leading up to the game.

The team will wear special military-themed jerseys on Saturday, January 21 on General Store Buck Night and Jersey Rally Towel Giveaway. The first 5,000 fans through the gates will receive a rally towel in the design of the jersey from the game courtesy of The General Store.

On February 25, the Chiefs will wear pink-accented jerseys for Mikes’ Hard Pink Lemonade Breast Cancer Awareness Night & Helmet Giveaway. Fans can enter online in the weeks prior to the game to win a game-worn Chiefs helmet.

Both sets of themed jerseys will be auctioned off on the concourse during their respective game, with a portion all proceeds going to charitable organizations focused in the Spokane region.
Numerica Credit Union, newly introduced this season as the Chiefs’ premier banking partner, will give away Ice Machine Piggy Banks to the first 2,000 fans through the gates at the Chiefs’ game on Friday, March 10 versus Portland.

The regular season will conclude on Saturday, March 18 against the Tri-City Americans with the Coeur d’Alene Casino Regular Season Finale.

Other exciting promotional nights and giveaways include: