2018-19 Play of the Year Bracket Enters Final Round 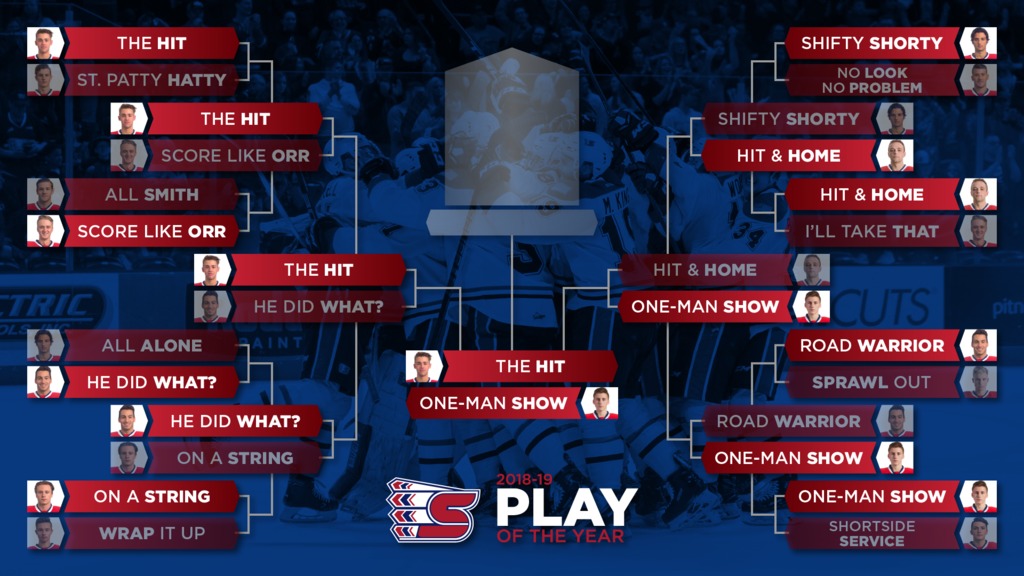 We have reached the finals of the 2018-19 Play of the Year contest! We’re down to just two plays remaining after…

Matt Leduc’s “The Hit” maintained momentum as the favorite with a win over Jake McGrew’s “He Did What?”.

A new record for closest margin decided the other semifinal head-to-head match-up as Connor Gabruch’s “One-Man Show” beat out Kaden Hanas’ “Hit & Home” by less than 2%.