2018-19 Play of the Year Bracket Reaches Semifinal Round 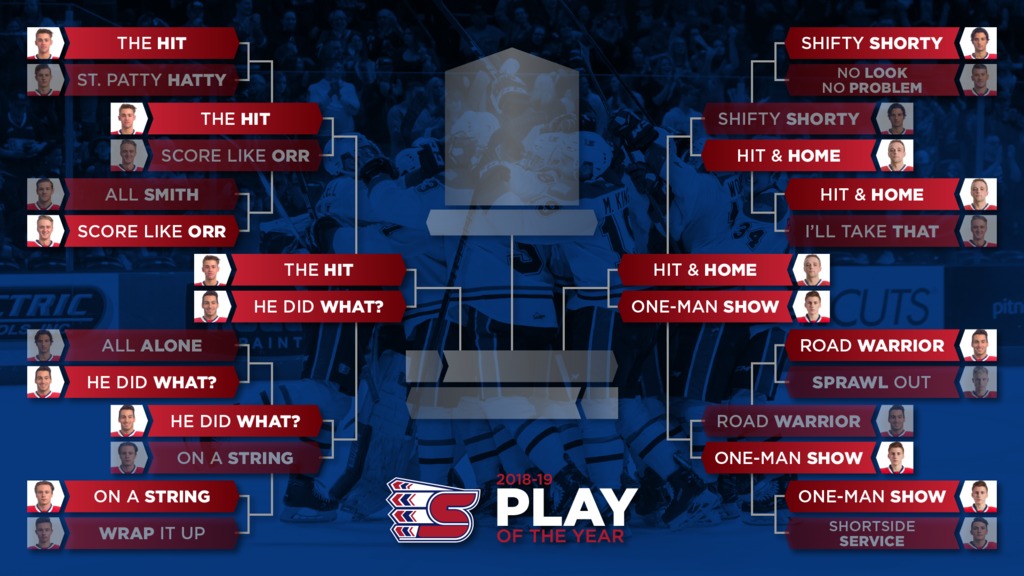 The second round of the Spokane Chiefs 2018-19 Play of the Year contest has concluded with the field narrowing to just four plays!

Matt Leduc’s “The Hit” remained the top vote-getter with 68.7% in its head-to-head match-up with Riley Woods’ diving “Score Like Orr”.

The narrowest contest was between Eli Zummack’s “Shifty Shorty” and Kaden Hanas’ “Hit & Home?”, as Hanas’ first WHL goal snuck through with 54.9% of the votes.