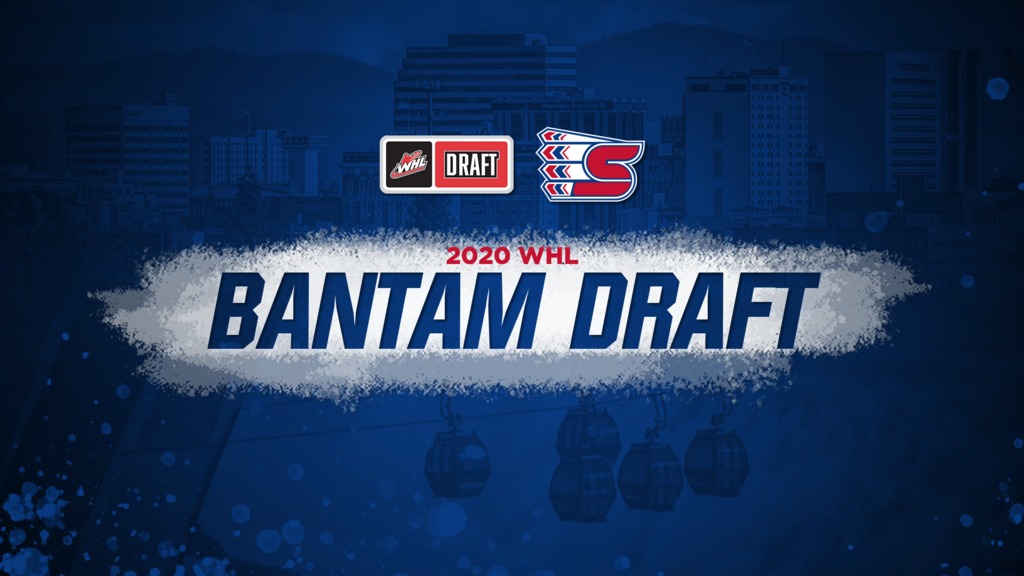 Spokane, Wash. — The Spokane Chiefs added to their prospect pool on Wednesday, selecting 11 players of the future in the annual WHL Bantam Draft, held online for the first time. With their first pick at 18th overall in the first round, they selected defenseman Saige Weinstein out of Edmonton, Alberta. In total, the Chiefs picked up eight forwards, two defensemen and one goalie. The annual draft was held online due to the COVID-19 pandemic.

“At the end of the day, I thought our scouting staff did a great job communicating with each other and we identified a strong draft class for this season,” said Assistant General Manager Jim Hammett, who leads the Chiefs’ scouting department. “We feel all of these players have the characteristics to be a Chief and we look forward to seeing them at camp.”

Weinstein spent the 2019-20 season with the Northern Alberta Xtreme (NAX) of the CSSHL, posting four goals — two on the power play — and 16 assists for 20 points in 23 games. Standing 5-foot-10 and 160 pounds, the left-handed shot added 32 penalty minutes while the Xtreme went 19-5-3-3, good for fourth in the CSSHL’s Bantam Prep standings.

“First of all, Saige has the character that we like as a Spokane Chief,” said Hammett. “He plays a 200-foot, two-way game. He’s a very mobile defender and plays hard in his own zone, with good offensive sense.

With the 18th overall pick of the #WHLBantamDraft, the Chiefs have selected D Saige Weinstein.

Weinstein demonstrated the ability to set up teammates with a four-assist and three-assist game back-to-back early in the season.

“He is a well-rounded, dependable and versatile defenseman,” added Hammett. “We expect him to play in all situations in the future.”

The Chiefs then added Weinstein’s NAX teammate and skilled goal scorer Kooper Gizowski with their second-round pick at 40th overall.

Gizowski led NAX with 51 points (27G-24A) in 29 games. He finished tied for sixth in the CSSHL in goals scored, tallying two hat tricks and six multi-goal games. He had more games with three or more points (6) than games with zero points (4).

In the fourth round, Spokane selected Jake Gudelj from North Vancouver, B.C. Gudelj posted 35 points (19G-16A) with West Vancouver Academy during the 2019-20 campaign. He showed the ability to score in bunches, exploding for four goals on Oct. 27 versus Shawnigan Lake and three (plus an assist) on Nov. 23 versus Notre Dame.

The Chiefs continued to bolster their ranks up front with forward Tyler Chan at 100th overall (5th round). Chan played for Burnaby Winter Club of the CSSHL during the 2019-20 season, ranking tied for second on the team with 36 points (17G-19A). A consistent scorer, he recorded 13 multi-point games, highlighted by a four-point outing versus Delta Hockey Academy on Oct. 18.

Spokane returned to the blue line six picks later, selecting defenseman Kyle Federico at 125th overall. Federico, at nearly 6-foot-1 and 170 pounds, played 33 games with the Calgary Flames Bantam AAA of the AMBHL, scoring twice and adding nine assists for 11 points. The Chiefs went back to the Flames for their seventh-round pick, taking forward Nolan Kelly. Kelly was nearly a point-per-game player in 2019-20, scoring 20 goals and 11 assists for 31 points in 33 contests.

Forwards Josh Perreault of Red Deer, Alberta and Carter Zalischuk of the Dauphin, Manitoba were called by the Chiefs in the eighth round. Perreault put up 18 goals and 10 assists for 28 points in 33 games with the Red Deer Rebels of the AMBHL, competing against the likes of Federico and Kelly. Zalischuk piled up 52 points (23G-29A) in 35 games with the Parkland Rangers Bantam AAA club of the Winnipeg AAA league.

Filling out the draft class were forwards Tysen Durant from Martensville, Sask. in the ninth round and Carter Nailen in the 10th. Durant registered 26 goals and 26 assists for 52 points for the Martensville Marauders of the SBAAHL. Nailen scored 26 points (17G-9A) in 29 games with the Delta Hockey Academy Bantam Prep squad. 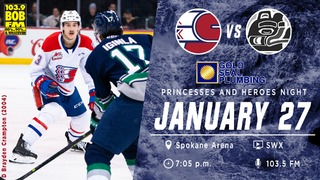