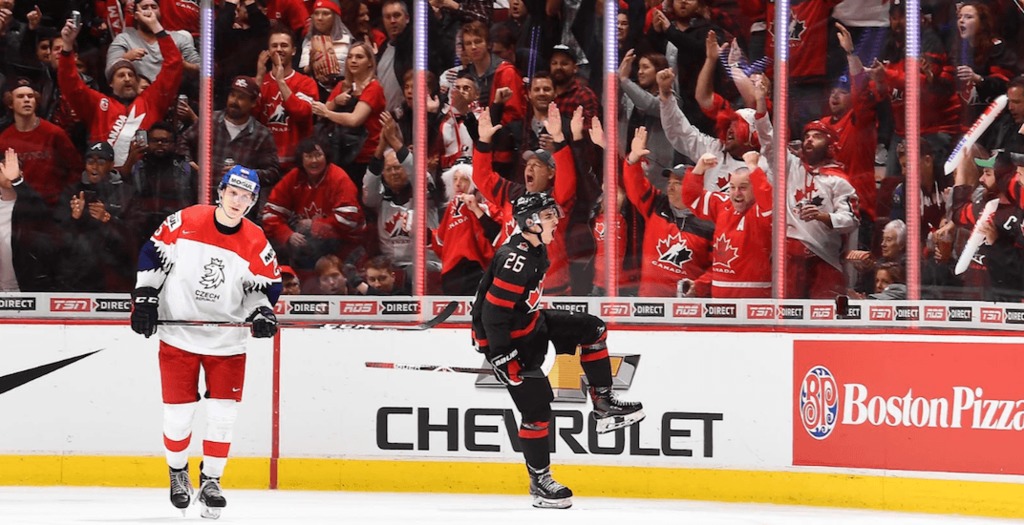 2019 IIHF World Junior Championship continued Saturday with the Chiefs representatives–Jaret Anderson-Dolan and Ty Smith of Team Canada and Filip Kral who is playing for Team Czech Republic–squaring off in what was each team’s penultimate opening round game.

Chiefs defenseman Ty Smith earned Player of the Game honors, tallying two points (2A) in a winning effort over his fellow blueliner and the Czech Republic.

Smith’s 23 shifts was one less than Anderson-Dolan’s 24, during which JAD registered two shots on goal. On the other side, Kral was held off the scoresheet despite registering 17:00 of ice time, fourth-most among Czech defenseman in the game. Team Czech Republic will seek their second victory on Monday when they face a Denmark team that’s been outscored 22-0 through three games in group play. They’ll play at 1 p.m. Monday in a game that’s set to be broadcast on NHL Network. Team Canada, which leads Group A with nine points, will take on second place Team Russia (six points) at 5 p.m. Monday on NHL Network.

The Chiefs are back at home Friday, January 4 as they host the Kamloops Blazers on Princess & Superhero Night. Fans will have the opportunity to take photos will several princesses and superheros that will be on hand!