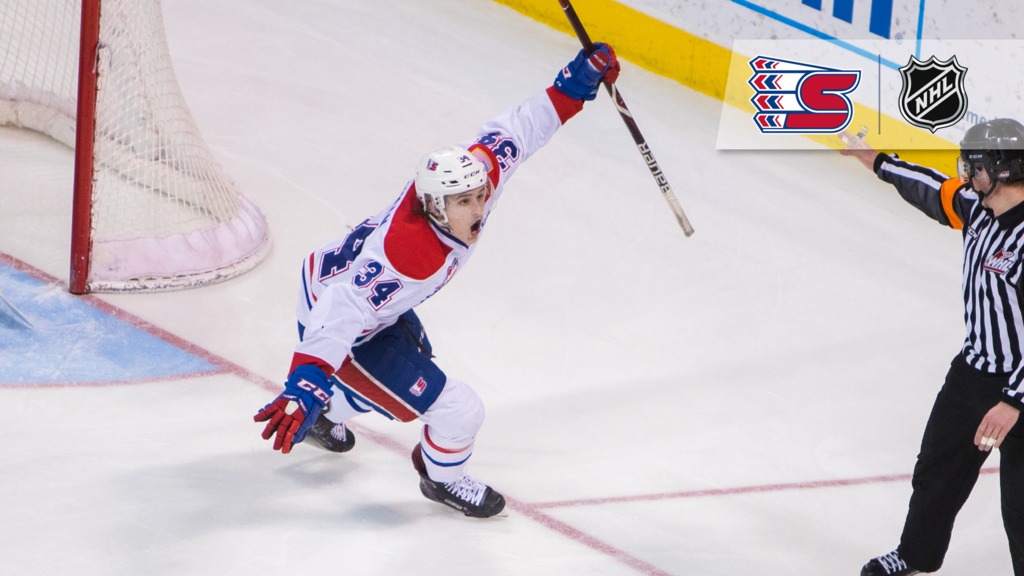 Spokane Chiefs forward Adam Beckman is one of 15 WHL players invited to this week’s 2019 NHL Scouting Combine in Buffalo, N.Y. ahead of next month’s 2019 NHL Entry Draft in Vancouver, B.C.

Beckman, an 18-year-old forward from Saskatoon, Sask., was ranked 34th among North American skaters in the final NHL Central Scouting draft rankings ahead of this summer’s draft. He and teammate Luke Toporowski (100th) are among the hopefuls to hear their name called on June 21-22 in Vancouver.

Invited players will participate in interviews with NHL teams before competing in fitness tests that include bench press, pull-ups and the notoriously tough Wingate bicycle test, among others.

Beckman was an offensive powerhouse during the 2018-19 campaign, scoring 32 goals and 30 assists for 62 points (2nd among WHL rookies) on his way to the team’s Rookie of the Year award.

5:11
Game Highlights Game Recap
Smith Breaks His Own Franchise Record in 9-2 Dismantling of Seattle
5 hours ago