Adam Beckman Named to Vaughn CHL Team of the Week 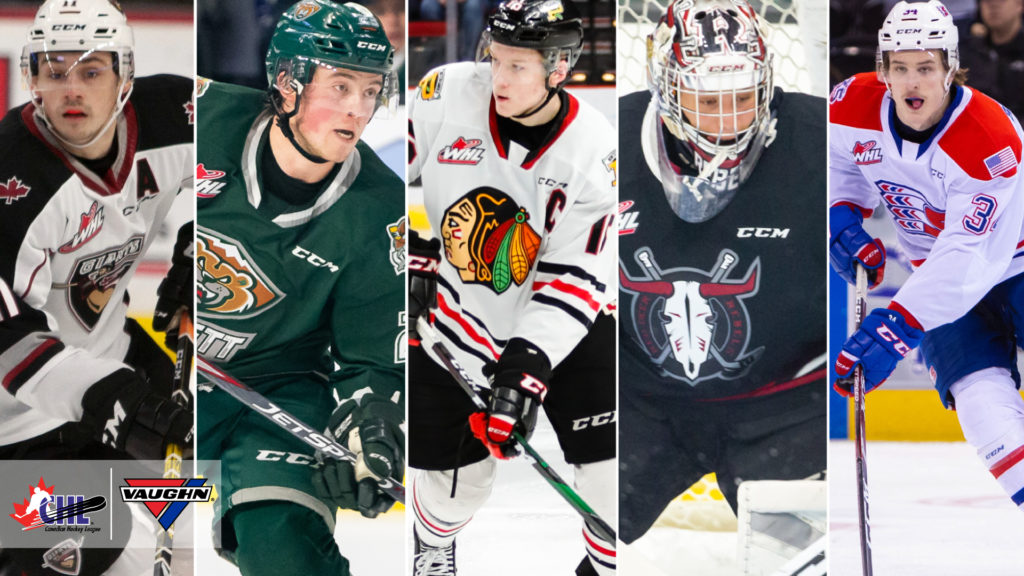 Toronto, Ont. – The Canadian Hockey League today announced the 20th edition of the Vaughn CHL Team of the Week for the 2019-20 season based on individual performances from Feb. 3-9.

Leading the way is the WHL’s top point producer in Minnesota Wild prospect Adam Beckman of the Spokane Chiefs who continues to build on a spectacular season following a week in which he tallied nine points (4G-5A) across a trio of contests helping the Chiefs extend their winning-streak to five. Registering at least one point in 24 of his last 25 appearances, that stretch includes Tuesday’s 7-6 overtime thriller versus the Portland Winterhawks in which Beckman finished with two goals and two assists to earn third-star recognition.

Also up front is Vancouver Giants right-wing Tyler Preziuso who wrapped up the week with eight points (5G-3A) in the most recent three wins during the club’s six-game streak. Added from the Medicine Hat Tigers in early December, Preziuso is producing just shy of a point-per-game pace since joining his new club, with recent performances including Sunday’s 7-3 win over the Kamloops Blazers where he recorded two goals and two assists to finish with a season high of four points in addition to first-star honours.

Rounding out the forward ranks is Flint Firebirds left-wing and 2020 NHL Draft hopeful Evgeniy Oksentyuk whose week counted eight points (2G-6A) over three games as the Firebirds record win-streak reaches 10. Against the Oshawa Generals on Sunday, Oksentyuk matched a season high of four points as he came away with two goals and two assists to help guide his squad to a 5-3 road victory that saw him recognized as the game’s third star. For his efforts, Oksentyuk was also honoured as the OHL ‘On the Run’ Player of the Week.

On the blue line, Florida Panthers prospect Johnny Ludvig of the WHL-leading Portland Winterhawks impressed with nine points (2G-7A) over three contests. Facing the Spokane Chiefs on Tuesday, Ludvig was among the top performers as he finished with one goal and a trio of assists for a season high of four points in a 7-6 overtime decision that saw him earn second-star honours and the club clinch a post-season berth despite the loss. In all, Ludvig’s successful showing also saw him recognized as the WHL On the Run Player of the Week.

Partnering on the back end is Everett Silvertips veteran rearguard Jake Christiansen who finished with eight points (5G-3A) over a trio of appearances. Against the Seattle Thunderbirds on Saturday, Christiansen shined with a season high of four points including two goals and two assists that counted a helper on the eventual game-winning goal in the 5-2 road victory that kept the Tips hot with eight wins in their last 10 games.

Between the pipes, Red Deer Rebels netminder Ethan Anders impressed over two appearances as he came away with a 1-1-0-0 showing coupled with a 0.974 save percentage and 1.00 goals-against average. In all, Anders wrapped up the week with a combined 76 saves, a stretch that included Saturday’s 3-0 win over the Calgary Hitmen in which he turned aside 41 shots to record his first shutout of the season. For his efforts, Anders was recognized as the WHL Eli Wilson Goaltending Goaltender of the Week. 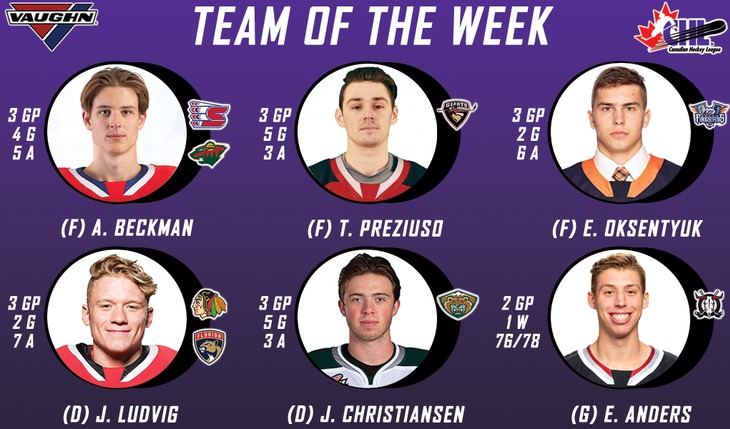