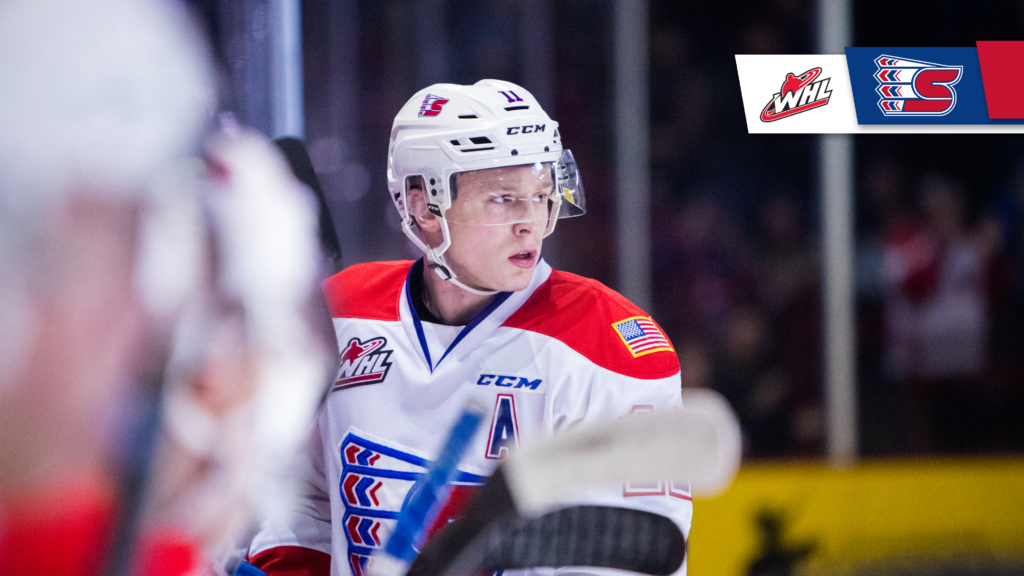 Calgary, Alta. – The Western Hockey League, in collaboration with the Canadian Hockey League and Hockey Canada, announced today that forward Jaret Anderson-Dolan of the Spokane Chiefs has been added to Team WHL’s roster for the 2018 CIBC Canada Russia Series.

Anderson-Dolan, 19, was reassigned from the NHL’s Los Angeles Kings Monday after opening the 2018-19 season in the NHL. In five games with the Kings, Anderson-Dolan registered one assist. He was originally a second-round selection (41st) of the Kings at the 2017 NHL Draft.

Anderson-Dolan previously competed on the international stage, serving as captain of Team Canada at the 2017 U18 World Championship. He was also an alternate captain for Canada White at the 2015 World U17 Hockey Challenge, helping his nation earn a silver medal.

The 2018 CIBC Canada Russia Series begins Monday, November 5 at the Sandman Centre in Kamloops, B.C., before continuing Tuesday, November 6 at the Langley Events Centre in Vancouver.

Since the event first began in 2003, CHL teams have played to an overall record of 61-22-1-6. The competitiveness of the rivalry has grown in recent years, with the 2017 event requiring a shootout to break a series tie in Game 6. The first ever shootout finale in event history was won by Team QMJHL, giving the CHL its third consecutive series victory. Team CHL has won 12 times in event history, with Russia emerging victorious on three occasions.

The Chiefs will return home to open a five-game homestand when they host Portland on Friday night for Avista “Way to Save” Night & Glow Bracelet Giveaway. The first 5,000 fans in attendance will receive a glow bracelet courtesy of Avista. They remain home Saturday vs. Tri-City for Leinenkugel’s HOCKtoberfest & Leavenworth Trip Giveaway. Pre-game festivities on Saturday start inside at 4 p.m. Tickets are on sale now online, over the phone at 509-535-PUCK and in-person at the Chiefs’ Ticket Office.