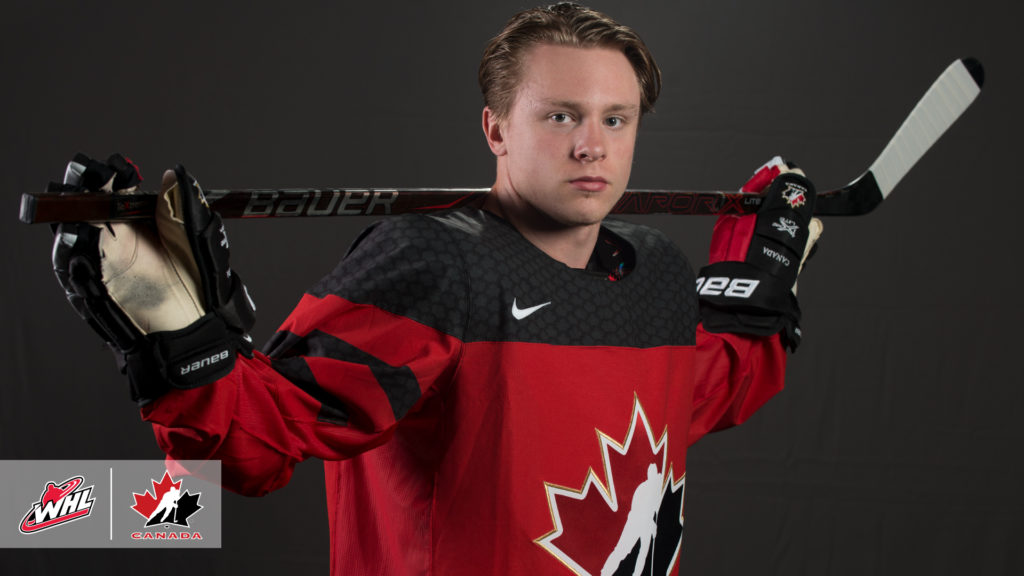 Calgary, Alta. – The Spokane Chiefs are proud to announce Los Angeles Kings prospect and Chiefs co-captain Jaret Anderson-Dolan has been named to the leadership group for Hockey Canada at the 2019 IIHF World Junior Championship as an alternate captain.

Maxime Comtois was named as the team’s captain while Evan Bouchard and Ian Mitchell were also named as alternate captains for the team. This year’s edition of the tournament will take place in a pair of WHL markets with Vancouver and Victoria, B.C. serving as hosts.

Anderson-Dolan is one of seven WHL players who was named to Hockey Canada’s National Junior Team Selection Camp earlier this month. The 5-foot-11, 195-pound forward from Calgary, Alta. was originally selected by the Chiefs in the first round, 14thoverall, of the 2014 WHL Bantam Draft. Since then, Anderson-Dolan has appeared in 214 WHL regular season games, posting 195 points (95G-100A), including 34 power-play goals, 12 game-winning goals, and five short-handed goals. He’s also recorded 12 points (3G-9A) in 14 career WHL playoff games.

The Kings selected Anderson-Dolan in the second round, 41stoverall, of the 2017 National Hockey League Draft. He’d go on to make his NHL debut in October 2018 and record the first point of his NHL career, an assist, on October 11, 2018 against the Montreal Canadiens.

Anderson-Dolan’s record of taking a leading role while representing Hockey Canada at major international tournaments will also continue this year. At the 2015 World Under-17 Hockey Challenge, Anderson-Dolan was named an alternate captain for Canada White, winning gold. He then captained Canada’s team at the 2017 IIHF World Under-18 Championship.