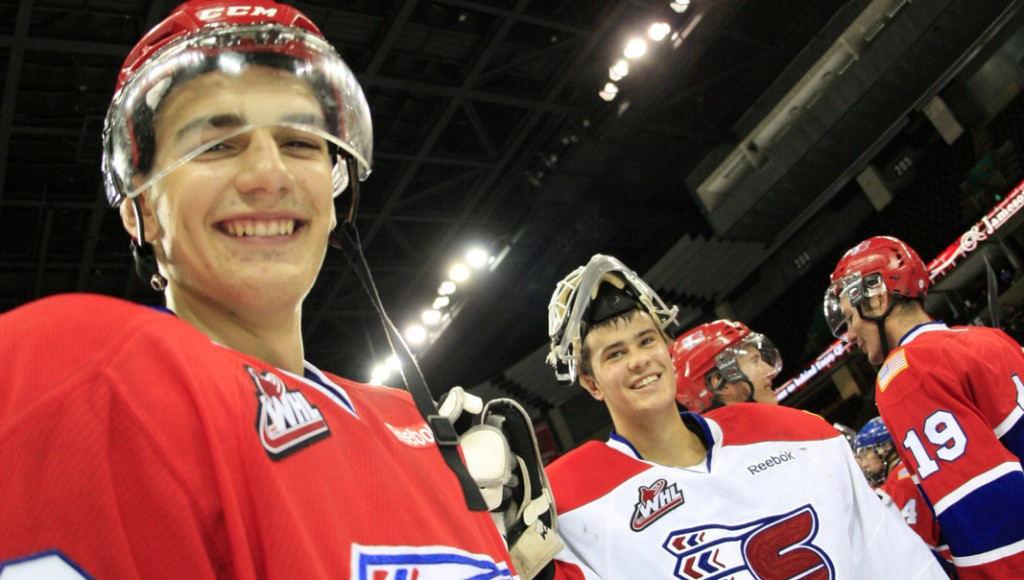 SPOKANE, Wash. – The Spokane Chiefs announced today that the 2016 Red-White Game will take place at Spokane Arena at 1 p.m. on Sunday, August 28. The intrasquad scrimmage will mark the end of the Chiefs’ 2016 Annual Training Camp, which will take place August 25-28.

The Red-White Game will feature approximately 40 players, including returning veterans and first-time participants. Last year, Team White pulled away with an 8-1 win, led by Kailer Yamamoto with two goals and an assist. Kailer and his brother Keanu were awarded the Don Kiehl Memorial Awards as the “Players of the Game” for Team White and Red, respectively.

The game, along with all of the Chiefs’ 2016 Annual Training Camp, is free and open to the public. Doors to the Spokane Arena will open for fans at noon. Camp rosters and a detailed camp schedule, including ice sessions and scrimmages, will be released at a later date.