Arnold Recalled Ahead of Tuesday’s Game at Kamloops 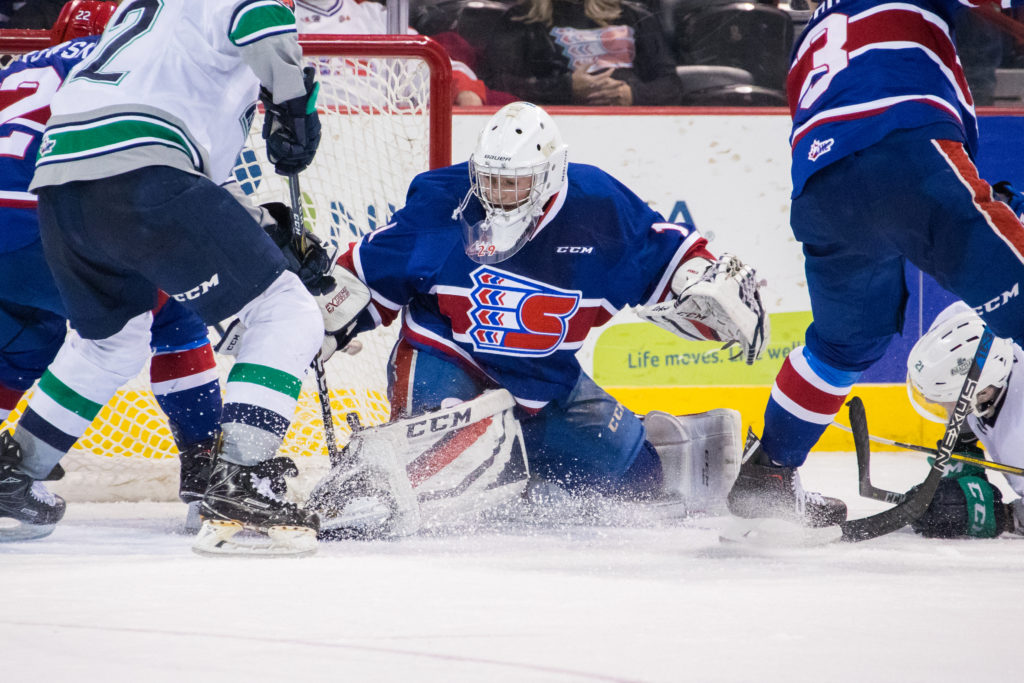 Spokane Chiefs goaltender Campbell Arnold (02) has been recalled and will join the team as an Affiliated Player for their game at Kamloops on Tuesday, January 9. Arnold was the Chiefs’ second round (28th overall) pick in the 2017 WHL Bantam Draft.

The 15-year-old netminder joined the team for a brief stint before the mid-season holiday break, making one appearance. In 16 games this season with Yale Hockey Academy Prep of the CSSHL, the Nanaimo, B.C. native has posted a 3.34 GAA and .889 SV%.

Arnold signed with the Chiefs in September 2017.

Tickets for Friday night and all Chiefs home games are available in-person at the Chiefs’ Ticket Office, over the phone at 509-535-PUCK and online here.

5:11
Game Highlights Game Recap
Smith Breaks His Own Franchise Record in 9-2 Dismantling of Seattle
3 hours ago