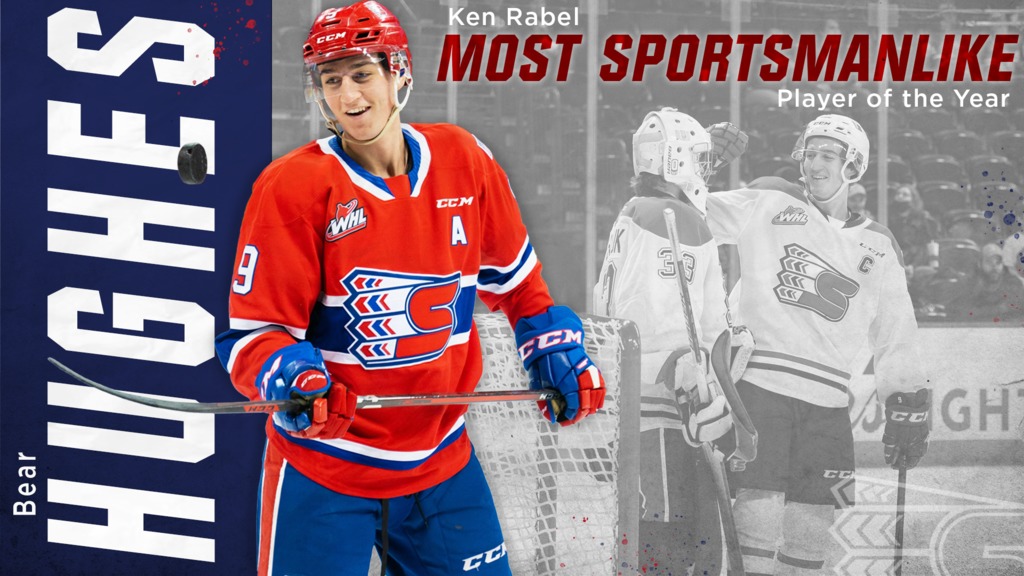 Spokane, Wash. — Spokane Chiefs captain Bear Hughes has been named the organization’s Ken Rabel Most Sportsmanlike Player of the Year. Hughes, who recently signed a tryout agreement with the Hershey Bears of the American Hockey League, finished his 20-year-old season as the Chiefs’ leading scorer with 24 goals and 67 points.

The Chiefs’ recognition is named after Ken Rabel, a former security guard who manned the Chiefs’ bench going back to the team’s years in the Spokane Coliseum and became a friend to the players. Mr. Rabel always appreciated the players who would play the game in an honest and hard fashion.

In two full seasons as a Chief, Hughes scored 42 goals and dished out 74 assists for 116 points in 127 career games. The Washington Capitals selected the Post Falls, Idaho native in the fifth round of the 2020 NHL Entry Draft.

At the end of the season, the league awards the Most Sportsmanlike Player of the Year with the Brad Hornung Trophy. Tyler Johnson is the last Chief to win the league honor, in 2011.