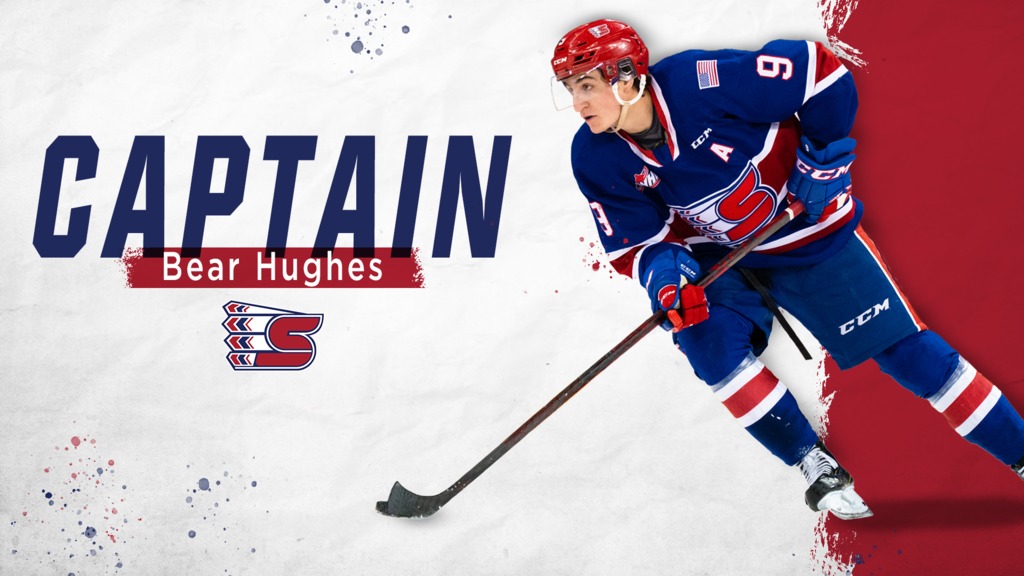 Spokane, Wash. — The Spokane Chiefs announced on Thursday that forward Bear Hughes has been named team captain for the remainder of the 2021-22 season. Hughes becomes the 35th captain in franchise history and replaces Jack Finley, who was traded to Winnipeg earlier this season.

“Bear exemplifies everything we’re looking for in a leader,” said Head Coach Adam Maglio. “He has a tremendous work ethic on and off the ice, leading by example in all aspects.”

Born and raised in Post Falls, Idaho, Hughes was selected by the Washington Capitals in the fifth round of the 2020 NHL Entry Draft. He leads the team in scoring this season with 31 points (11G-20A) and has 80 points (29G-51A) in 91 career games.

Hughes was listed by the Chiefs in 2018 after going undrafted in the WHL draft. He played one season with the Spokane Braves (KIJHL), earning league Rookie of the Year and division MVP honors. He debuted for Spokane on March 15, 2019 and scored two goals in his second game (March 16). The 6-f00t-2 forward scored 16 goals and 31 assists during the 2019-20 campaign, earning team Rookie of the Year honors and the eyes of NHL scouts. Due to COVID uncertainty surrounding the 2020-21 WHL season, he was loaned to the Fargo Force of the USHL, posting 24 points (9G-15A) in 35 games.

“We have an excellent group of leaders in our room,” added Maglio. “Each of these guys have shown what it takes to be a role model and example for our younger players.”