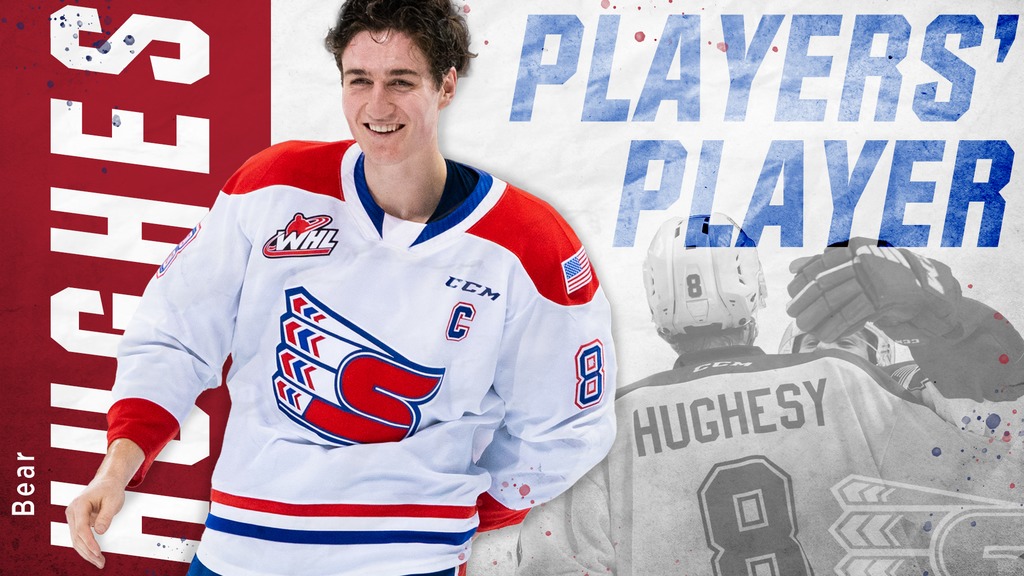 Spokane, Wash. — Captain Bear Hughes has been selected by his peers as the Spokane Chiefs Players’ Player for the 2021-22 season. The honor was voted on by the 25 players on the Chiefs -roster at the end of the season.

Hughes was named Chiefs’ captain in January and led the team in all offensive categories with 24 goals, 43 assists and 67 points in 64 games, which all set career highs. Hughes, who played in all situations, tied for the team lead with seven power play goals, led the team with 24 power play assists and scored two shorthanded goals.

The Post Falls, Idaho native ended his junior career with 42 goals, 74 assists and 116 points in 127 games as a Chief in two full seasons. Hughes was also named the Ken Rabel Most Sportsmanlike Player of the Year.

After the season ended, Hughes signed an amateur agreement with the Hershey Bears of the American Hockey League.