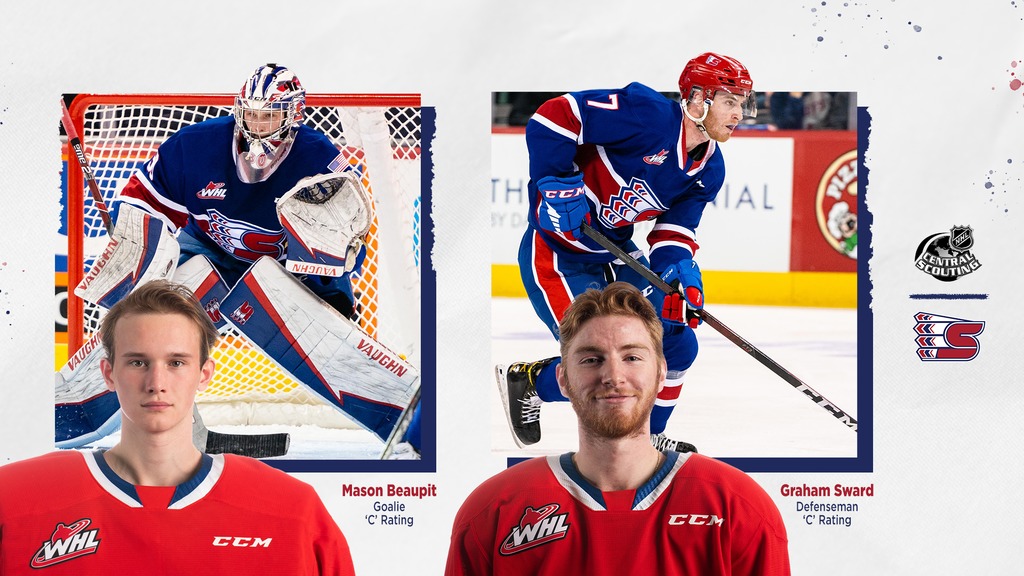 Spokane, Wash. — Spokane Chiefs players Mason Beaupit and Graham Sward were each named to the NHL Central Scouting Service’s ‘Preliminary Players to Watch’ list ahead of the 2022 NHL Draft. Both received a ‘C’ rating, indicating a current projection of a fourth-, fifth-, or sixth-round selection.

Sward finds his name on the NHL Draft prospects list again this season after narrowly missing out on hearing it called last year despite missing a good portion of the 2020-21 season due to injury. The Abbotsford, B.C. native attended the Colorado Avalanche’s development camp this year and has had a hot start to his third WHL season, posting a goal and five assists for six points in five games (t-5th among WHL defensemen). Spokane’s first-round pick (17th overall) in the 2018 WHL Draft, Sward earned the attention of NHL scouts after a dynamic rookie campaign in 2019-20, during which he posted 17 points (2G-15A) in 55 games.