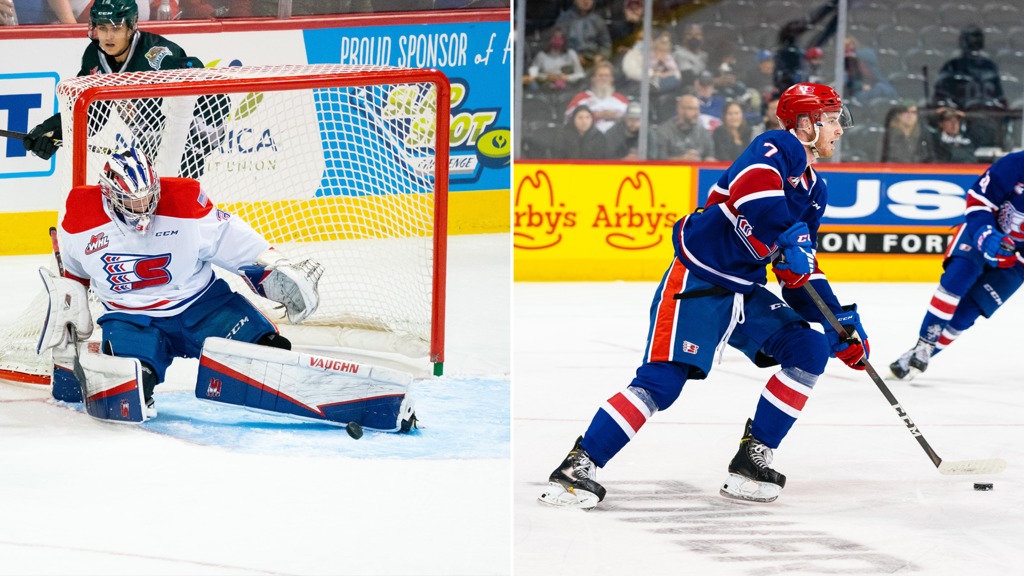 Beaupit, a 6-foot-5 goalie out of Surrey, B.C., is first eligible for the draft in 2022 despite being born in 2003 as his birthday is after the league’s September 15 cutoff. Halfway through his second full season with the Chiefs, he has a 3.26 GAA and .901 SV% highlighted by his first career shutout on October 15, 2021 against the Tri-City Americans. In 22 games played so far this year, he has nine games with 30 saves or more. Beaupit was originally a fourth-round pick (82nd overall) by Spokane in the 2018 WHL Draft.

After attending the Colorado Avalanche’s development camp in the fall, Sward has been hot this season, earning 24 points in 29 games played so far (6G-18A) including 10 points in the last 10 games. Spokane’s first-round pick (17th overall) in the 2018 WHL Draft, the Abbotsford, B.C. native is currently among the WHL’s top 10 defensemen in assists (18) and is tied for fifth in goals (6).

One of the Chiefs’ international prospects David Jiricek is also on the list, ranked fourth among International skaters. A defenseman from the Czech Republic, Spokane selected Jiricek with the 54th overall pick of the 2020 CHL Import Draft. He’s spent this season with HC Plzen, where he’s posted 11 points on five goals and six assists in 29 games played.

The 2022 draft is scheduled to be held in Montreal, Quebec, Canada from July 7-8, 2022. The NHL Draft Lottery to determine the first 16 picks in the draft will be announced at a later date.

The Chiefs’ next home game is Friday, January 14 versus the Everett Silvertips. It’s the White Claw Las Vegas Trip Giveaway as one lucky fan at the game will walk away with an all-expenses paid trip to Las Vegas. Tickets for January 14 and all regular season games are available online at spokanechiefs.com/tickets.