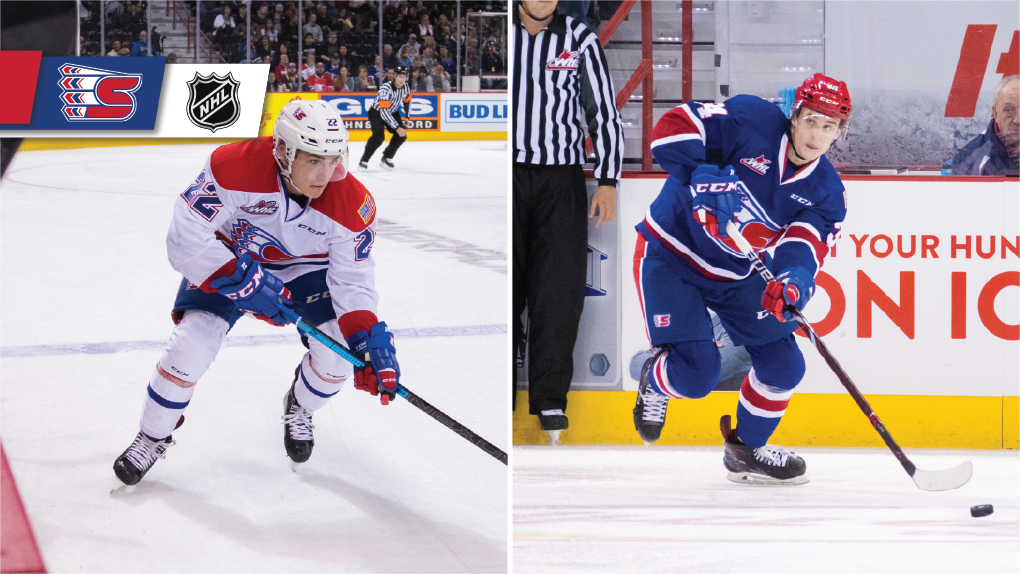 Calgary, Alta. – The Western Hockey League announced today 48 WHL players have been listed by NHL Central Scouting in its midterm rankings in advance of the 2019 NHL Draft, scheduled for June 21-22 in Vancouver, B.C.

Spokane’s Adam Beckman (44th) and Luke Toporowksi (82nd) both landed in the top 48. Beckman leads all WHL rookies in goals with 18 and is second among rookies with 35 points on the season. Toporowski, currently in his second season with Spokane, has already set career highs across the board this season including in points (32), goals (13), assists (19). Both Beckman and Toporowski are products of the Chiefs’ 2016 WHL Bantam Draft, Toporowski being the team’s first round selection that season while Beckman was drafted in the fifth.

The Kelowna Rockets lead all WHL clubs with six players ranked. In addition to Thomson, Foote, and Korczak, forwards Kyle Topping (195th – Salt Spring Island, B.C.), Alex Swetlikoff (217th – Kelowna, B.C.), and goaltender Roman Basran (11th – Vancouver, B.C.) find a place on the NHL radar. The Edmonton Oil Kings sit just behind the Rockets with five players named in the NHL Central Scouting midterm rankings. Four teams have a trio of players on the rankings while 10 more have a pair of players featured in the rankings.

Overall the list includes 27 forwards, 14 defencemen, and seven goaltenders from the WHL, representing 20 of the 22 WHL member Clubs. The Central Division leads all divisions with 17 players appearing on the list, while the 48 prospects are split evenly between the conferences, each claiming 24 as their own.

Of the 48 players listed in the NHL Central Scouting midterm rankings, 15 will participate at the 2019 Sherwin-Williams CHL/NHL Top Prospects Game on Wednesday, January 23 (8:00 p.m. MT) at The Centrium in Red Deer, Alta. Cozens and Dach will take a leading role at the event as the captains of Team Cherry and Team Orr respectively. Seattle Thunderbirds forward Dillon Hamaliuk had previously been named to the annual outing, but will miss the event due to injury.