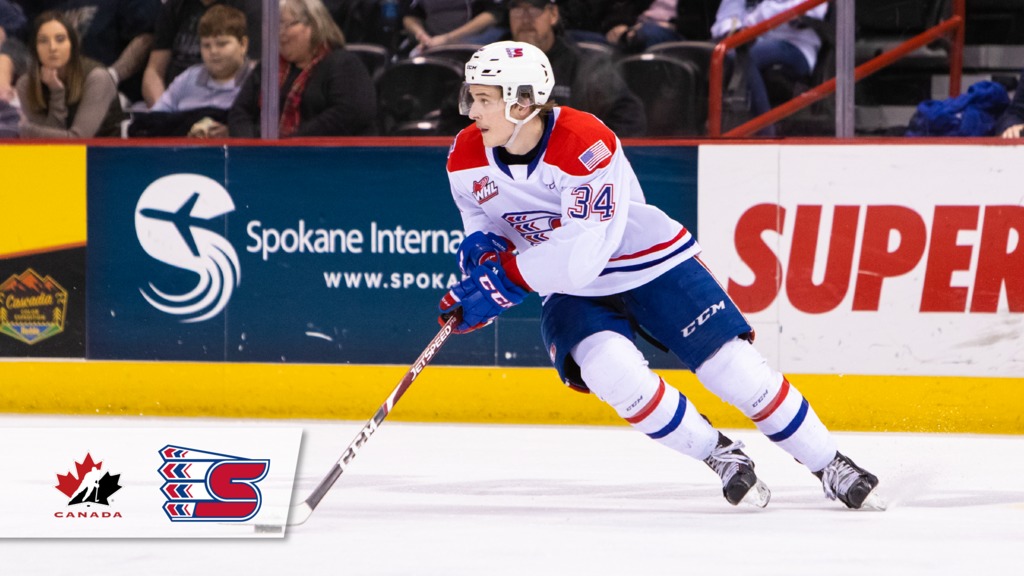 Spokane, Wash. — Spokane Chiefs forward and Minnesota Wild prospect Adam Beckman is one of 46 players invited to Hockey Canada’s National Junior Team Sport Chek Selection Camp, as announced on Thursday morning. The event, which will serve as a precursor to the 2021 IIHF World Junior Championship, will take place in Red Deer, Alta. from Nov. 16 – Dec. 13.

“Although this has been a difficult year for our athletes and staff, we are excited to unveil the 46 players who will compete for a spot on Canada’s National Junior Team at the 2021 IIHF World Junior Championship,” said Hockey Canada’s senior vice-president of national teams Scott Salmond. “We know our athletes are excited for the opportunity to defend gold on home ice this year, and we expect a highly competitive selection camp with a number of difficult decisions to be made when it comes time to select the players who will wear the Maple Leaf in Edmonton in December.”

Beckman, who was the WHL’s 2019-20 Player of the Year after leading the league in points (107), goals (48) and shots on goal (316) while placing third in assists (59) and fifth in plus-minus (+44). He was the second ever Chief to earn the award, joining franchise legend Ray Whitney, whose number is now retired.

The Saskatoon native was a third-round selection of the Minnesota Wild in 2019 and signed his entry-level contract in March.

He is one of 26 forwards on the initial roster, competing for a chance to represent Canada at this year’s World Junior Championship, which will begin on Christmas Day in Edmonton. The Canadians — including Chiefs’ defenseman Ty Smith as an alternate captain — won gold at last year’s tournament.

The selection camp will include practices and intrasquad games, as well as games against U SPORTS players from Canadian universities.

Special precautions will be taken due to the COVID-19 pandemic, including a cohort bubble, extensive team protocols and exclusion of both the public and media.