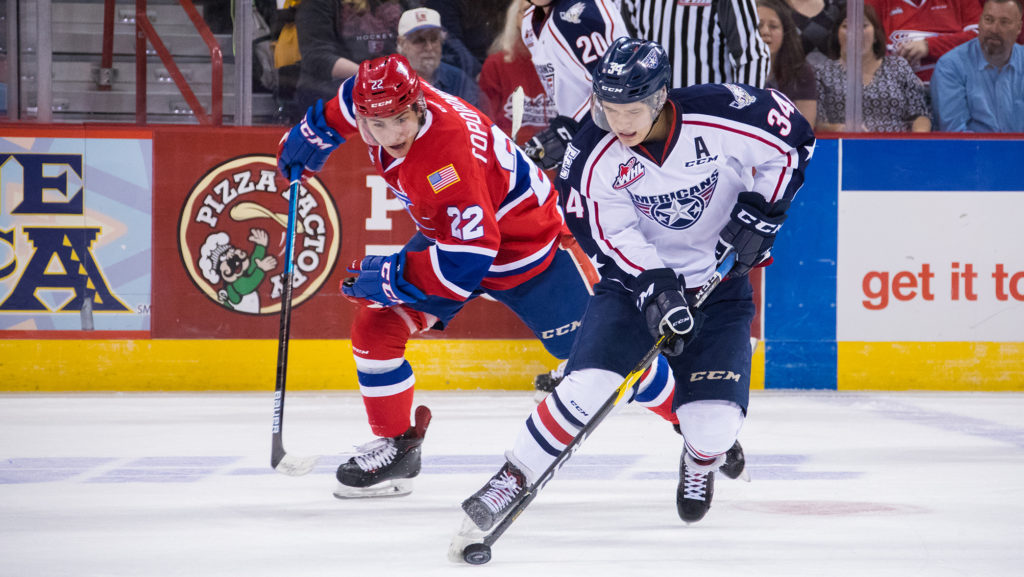 After falling behind 1-0 less than 90 seconds into the game, the defense clamped down, holding the Ams scoreless for the remaining 58:29. Forwards Erik Atchison and Bear Hughes each checked in with goals during the second period, as well as d-man Noah King in his first game back from NHL Camp with the New Jersey Devils. Connor Gabruch recorded assists on the goals by Atchison and King.

Goaltender Campbell Arnold was impressive again, saving 23-of-24 shots and is now second in the WHL Preseason in saves with 111 through five games.

The Chiefs took advantage of their power play chances in the game, converting 3-of-6 while the Americans went 0-for-5. Tri-City goalie Mason Dunsford ended the night 29-of-32.

The Chiefs finish the 2019 WHL Preseason with a record of 1-4-0-1 but remained competitive throughout the preseason, losing five games by a combined eight goals; particularly impressive considering they played much of the preseason with many significant returners away at NHL Camps.