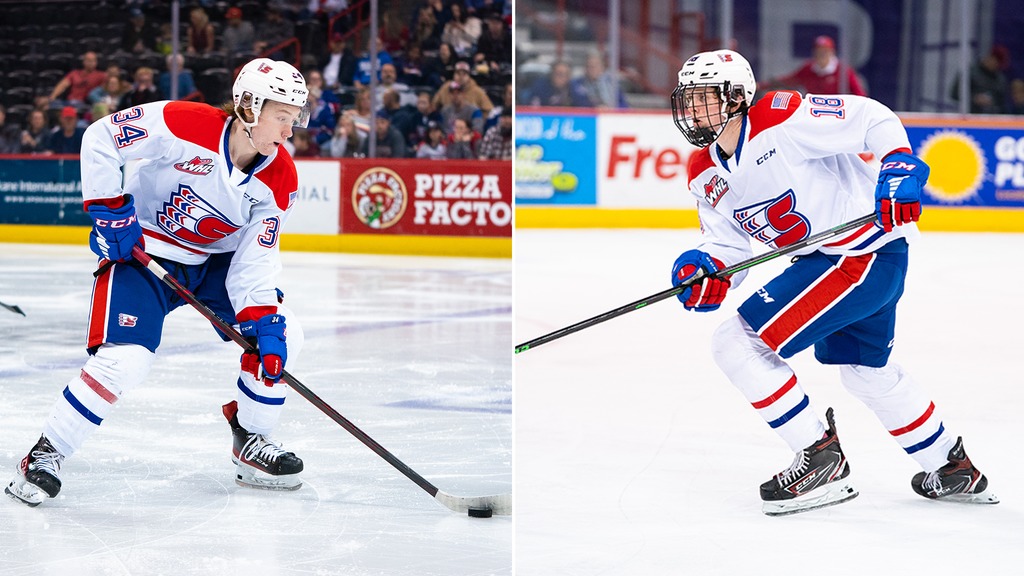 Calgary, Alta. — Spokane Chiefs prospects F Berkly Catton and D Will McIsaac are among the 100 players invited by Hockey Canada to participate in Canada’s national under-17 development camp, set to take place July 10-16 at the Markin MacPhail Centre at WinSport’s Canada Olympic Park in Calgary.

Catton made his Western Hockey League debut on February 11 against the Portland Winterhawks after being selected first-overall by the Chiefs in the 2021 WHL Prospects Draft. He posted four points (1G-3A) in nine games including two in the last game of the regular season, which helped the team secure the seventh seed in the WHL Playoffs.

McIsaac (second round, 28th overall) made his WHL debut on January 15 against the Kamloops Blazers and played five games with the Chiefs as an Affiliated Player.

During the week-long camp, the players — 10 goaltenders, 30 defensemen and 60 forwards — will be split into five teams for on- and off-ice training, fitness testing, practices, intrasquad games and classroom sessions.

Following the camp, players will continue to be evaluated through the early portion of the 2022-23 season before 66 are named to one of three Canadian national teams — Team Canada Black, Team Canada Red and Team Canada White — that will compete at the 2022 World Under-17 Hockey Challenge, scheduled for November 5-12 in Langley and Delta, B.C.

The full camp schedule will be available at a later date. For more information on Hockey Canada and the Program of Excellence, please visit HockeyCanada.ca.