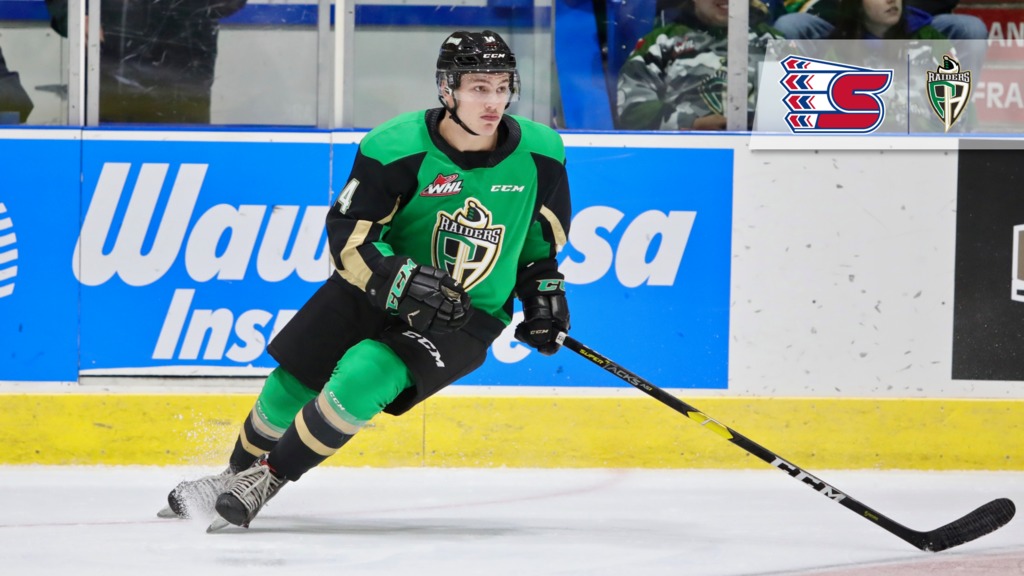 Spokane, Wash. — The Spokane Chiefs announced on Wednesday that they have acquired 2002-born defenseman Braydon Clark from the Prince Albert Raiders in exchange for a conditional sixth-round pick in the 2022 WHL Bantam Draft.

Clark, standing 5-foot-10 and 172 pounds, played the majority of the 2019-20 season with the Merritt Centennials of the British Columbia Hockey League (BCHL), scoring three points (1G-2A) while adding 54 PIM in 16 games. He also appeared in 11 games with the Raiders, picking up 9 PIM.

Originally from Langley, B.C., he spent the 2018-19 campaign with the Valley West Giants of the BCMML, alongside Spokane goalie prospect Mason Beaupit, scoring seven goals and three assists for 10 points while leading the league in penalty minutes with 260.

Clark was originally drafted by the Raiders in the third round (47th overall) of the 2017 WHL Bantam Draft.