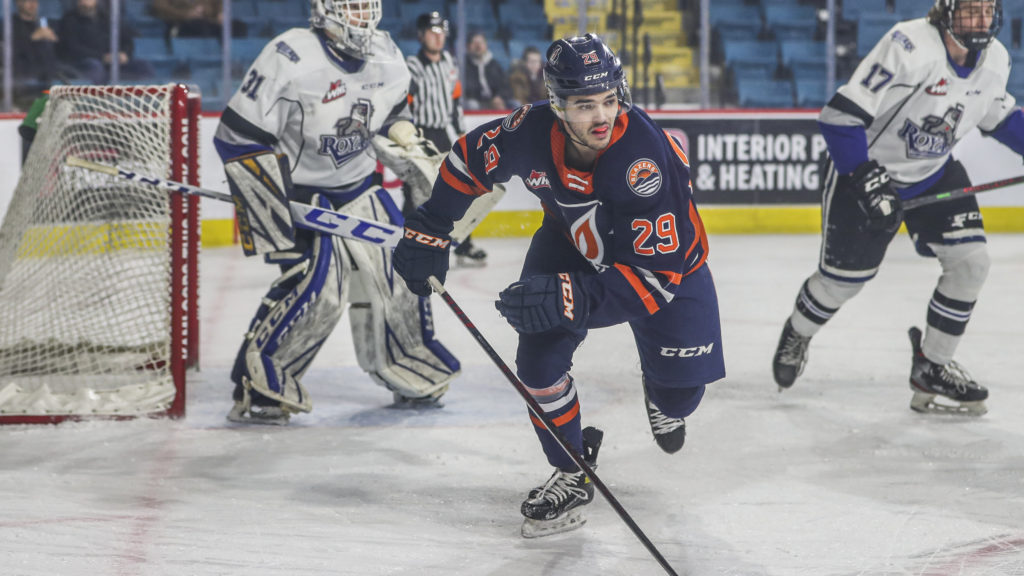 Spokane, Wash. — The Spokane Chiefs announced on Monday that they have acquired forward Nick McCarry (2001) and a second-round pick in the 2025 WHL Prospects Draft in exchange for forward Luke Toporowski (2001).

“Picking up a second-round pick in an upcoming draft provides us a valuable asset as we build around our young core,” said Chiefs General Manager Scott Carter. “McCarry is a quick, skilled forward who will fill an important role on this year’s team.”

“Luke has been an outstanding Chief both on and off the ice,” added Carter. “It’s always hard to trade key players on your roster and Luke’s leadership and tenacity will be hard to replace. We wish him the best in Kamloops.”