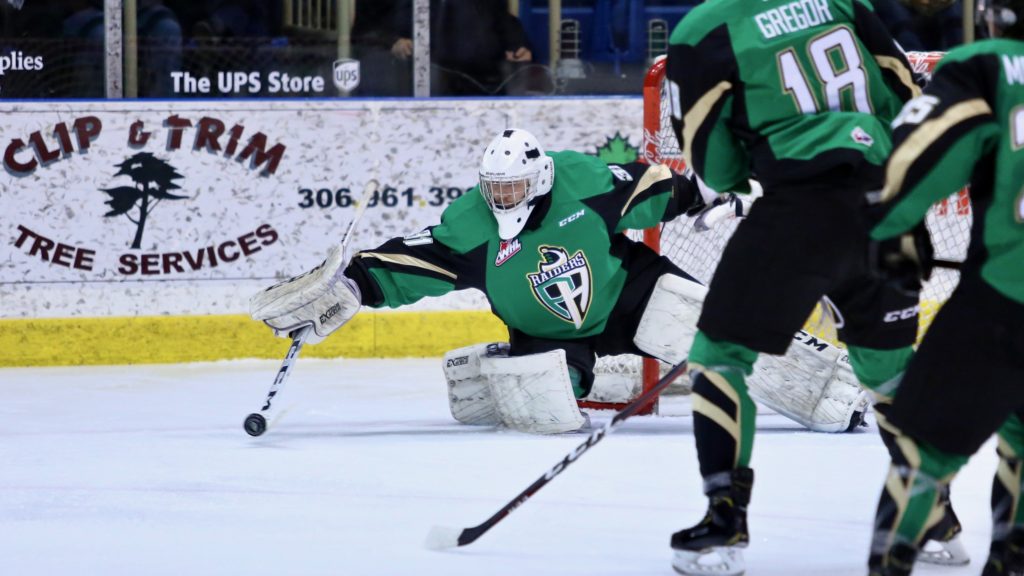 Spokane, Wash. — The Spokane Chiefs announced on Tuesday that they have acquired goaltender Brett Balas from the Prince Albert Raiders in exchange for a ninth-round pick in the 2023 WHL Bantam Draft.

“We are happy to welcome Brett to the Spokane Chiefs,” said general manager Scott Carter. “He will be a good addition to our dressing room and provide some depth at the goalie position.”

Balas, a 2001-born netminder from Calgary, appeared in three games with the Raiders last season as a 17-year-old, posting a 2.96 GAA and .857 SV%. He played the majority of the year with Calgary Canucks of the AJHL. Balas was originally a third-round pick by Prince Albert in the 2016 WHL Bantam Draft.

In a corresponding roster move, the Chiefs have returned G Mason Beaupit to the Valley West Giants of the BCMML. Beaupit was recalled as an Affiliated Player on Oct. 9. Spokane’s roster now includes three goalies: Balas, Lukas Parik and Campbell Arnold. Parik is listed on the injury report as week-to-week.

Balas will join the team this week. He will wear jersey no. 35.