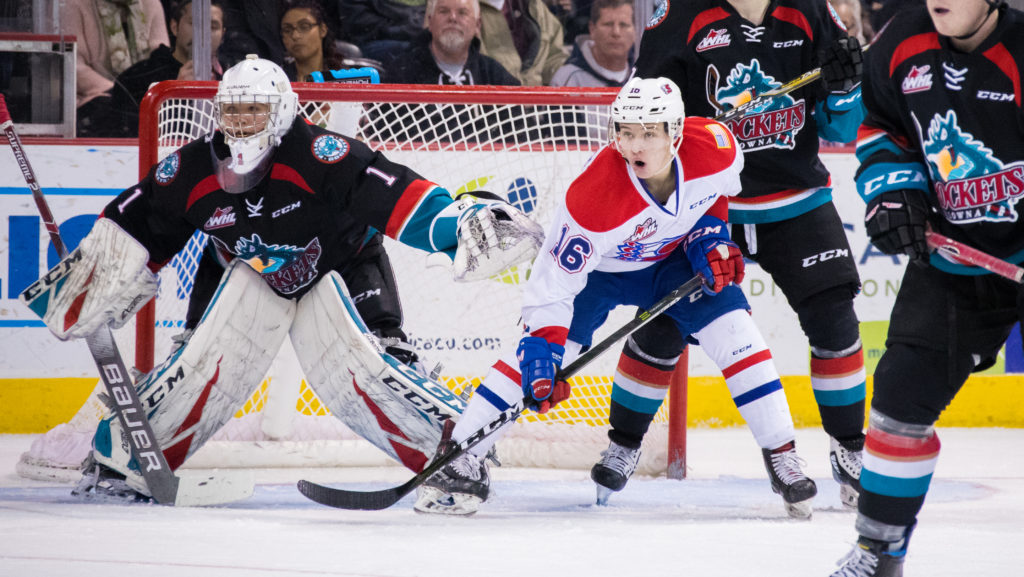 Spokane, Wash. — The Spokane Chiefs announced on Friday that they have acquired goaltender James Porter Jr. from the Moose Jaw Warriors. In exchange, the Chiefs send Moose Jaw an eighth-round pick in the 2021 WHL Bantam Draft.

“With the injury sustained by Campbell Arnold, we had a need at the goalie position,” said Chiefs’ general manager Scott Carter. “James has extensive experience in the WHL and we’re very familiar with him from his time in Kelowna. We’re excited to welcome him to the organization.”

Porter is expected to join the team immediately. His availability for Friday night’s game versus Portland is to be determined.

The Chiefs return to action on Friday, January 3 when they host the Portland Winterhawks at Spokane Arena. It will be Fred Meyer Calendar Giveaway, with the first 3,000 fans through the gates receiving a Spokane Chiefs wall calendar courtesy of Fred Meyer.

Tickets for Friday night and all Chiefs home games are available online and via the Chiefs’ Ticket Office, over the phone at 509-535-PUCK or in-person at Spokane Arena.