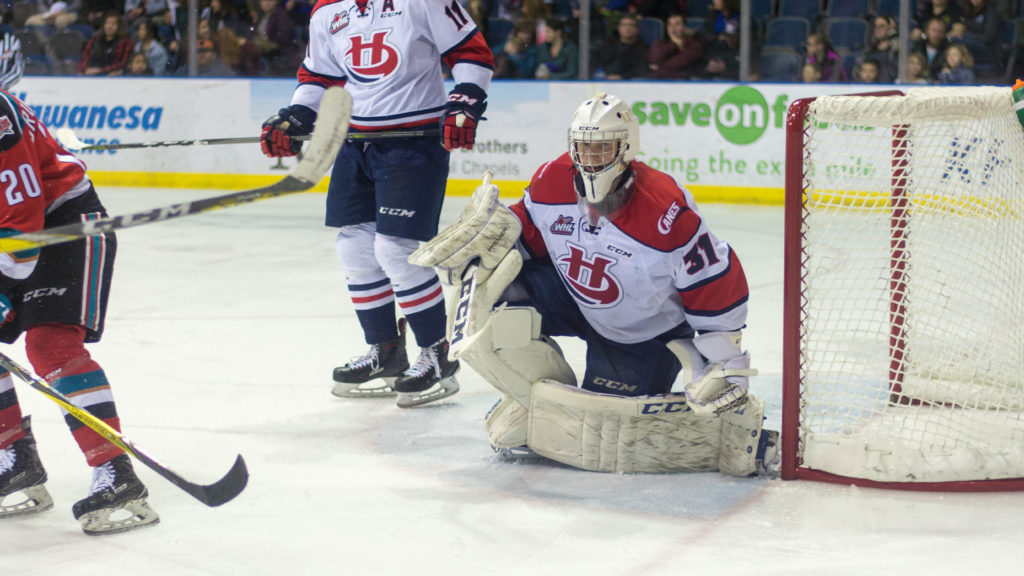 Spokane, Wash. — The Spokane Chiefs announced on Wednesday that they have acquired goaltender Reece Klassen from the Lethbridge Hurricanes in exchange for a seventh round pick in the 2020 WHL Bantam Draft.

“With Dawson Weatherill’s injury, we felt that we needed to pick up another goalie with WHL experience,” said general manager Scott Carter. “Reece will be a good fit in our dressing room and we are excited to welcome him to our organization.”

In a corresponding roster move, rookie goaltender Campbell Arnold will be reassigned to the Spokane Braves (KIJHL). Arnold appeared in one game as an Affiliated Player, stopping 10 of 11 shots faced.