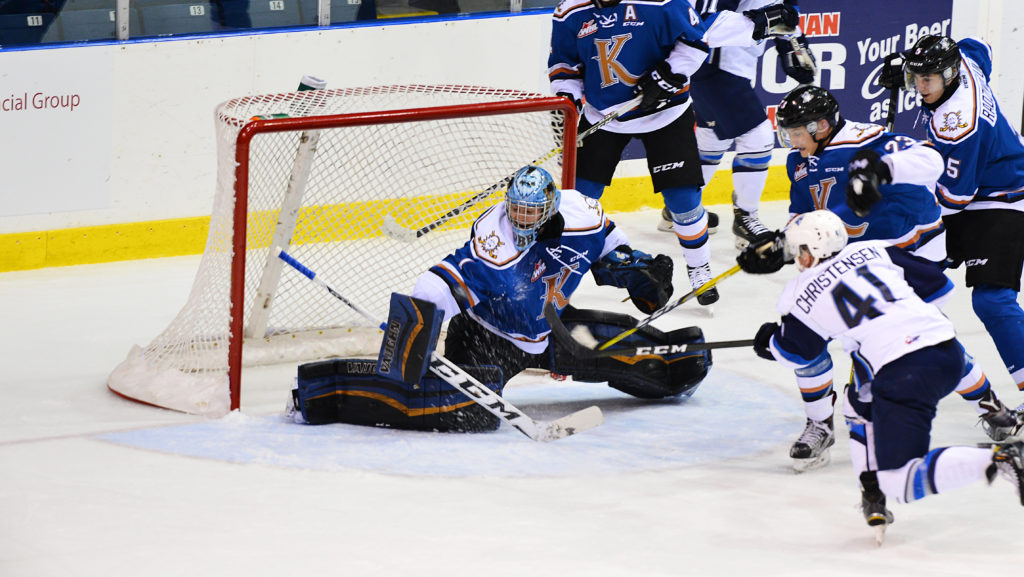 SPOKANE, Wash. – The Spokane Chiefs announced on Thursday that they have acquired goaltender Declan Hobbs from the Kootenay ICE in exchange for a seventh round pick in the 2018 WHL Bantam Draft.

Hobbs, a 1998-born goalie from Saskatoon, Saskatchewan, was originally a third round pick by Kootenay in 2013 WHL Bantam Draft. He played the majority of last season with the Nipawin Hawks of the SJHL, posting a 1.94 GAA and .929 SV% in 13 appearances. In 29 WHL games with Kootenay spread over three seasons, he earned a 4.88 GAA and .866 SV%.

“We would like to welcome Declan to the Chiefs organization and look forward to seeing him at training camp,” said General Manager Scott Carter.

The Chiefs open their 2017-18 home schedule against Kootenay on September 30.

Ticket packages for the Spokane Chiefs’ 2017-18 season are on sale now with affordable multi-game options as low as $70! For more information or to purchase, visit the Chiefs’ Ticket Office at Spokane Arena, call 509-535-PUCK or click here.