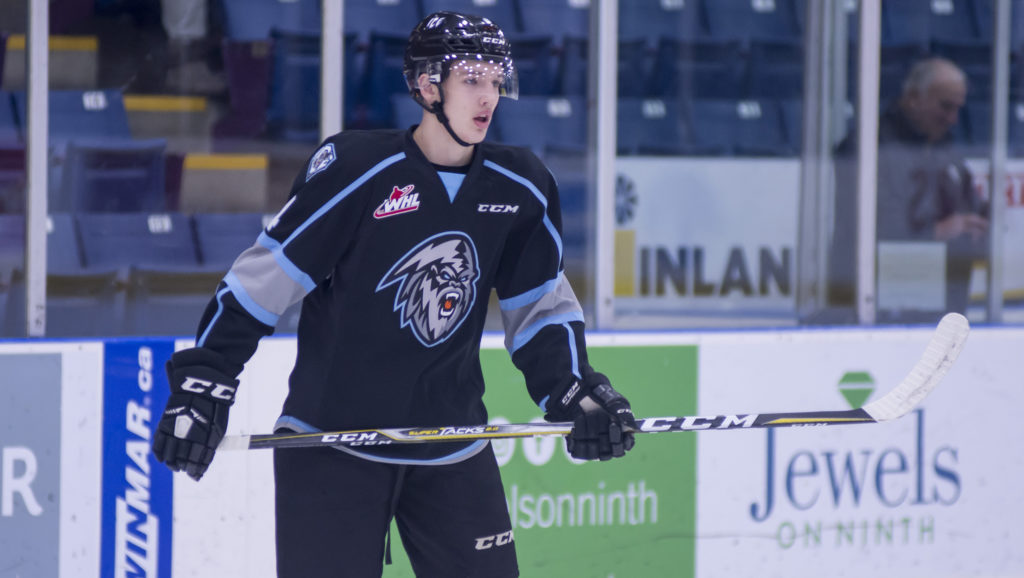 “We feel that Jordan adds some size and toughness to our team,” said general manager Scott Carter.

The 18-year-old Chudley appeared in 32 games for the ICE as a rookie last season, accumulating two points and 40 penalty minutes. He was the ICE’s fourth round selection in the 2016 WHL Bantam Draft.
“The Chiefs wish Mike all the best as he continues his career in his hometown of Winnipeg and look forward to the addition of Jordan for the upcoming season,” Carter said.

There is just six days remaining to take advantage of the Christmas in July ticket special! Save up to $120 by purchasing your Christmas in July Ticket Package at the Chiefs’ Ticket Office at Spokane Arena, over the phone at 509-535-PUCK and spokanechiefs.com/christmas.