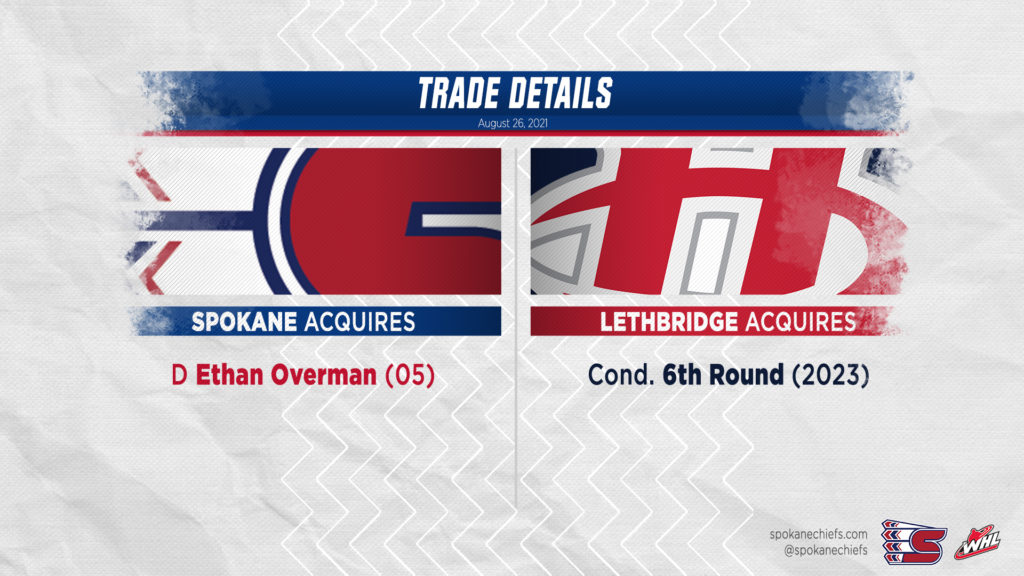 Spokane, Wash. — The Spokane Chiefs announced on Thursday that they have acquired the rights to defenseman Ethan Overman from the Lethbridge Hurricanes in exchange for a conditional sixth round pick in the 2023 WHL Draft.

“We are excited to welcome Ethan to the Chiefs organization and look forward to seeing him at training camp,” said general manager Scott Carter.

A California native, Overman competed the last three seasons with the San Diego Saints program, most recently posting 29 points (8G-21A) in 37 games with the 15U AAA squad during the 2020-21 campaign. The 5-foot-11, 165-pound rearguard served as captain of the team.