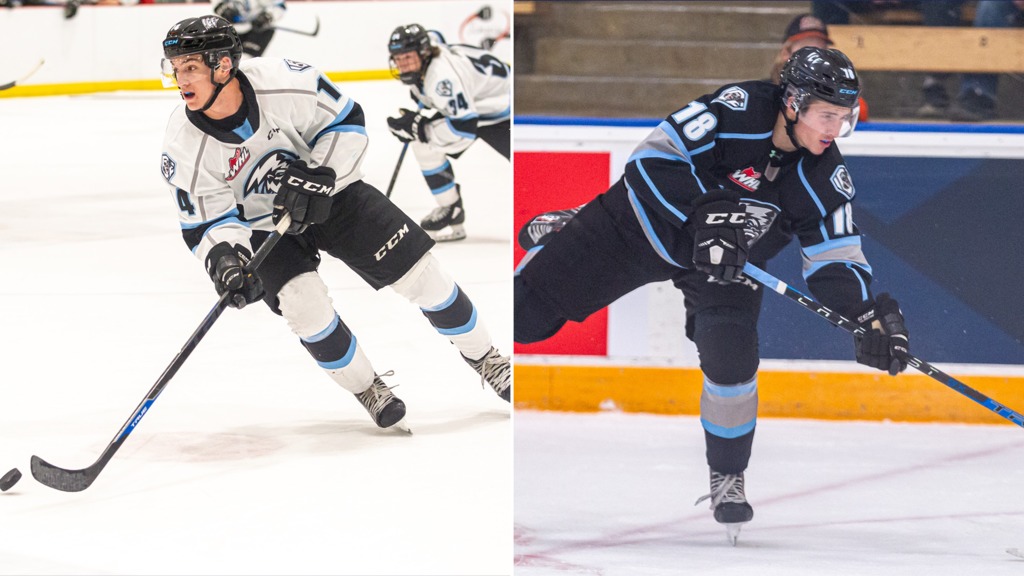 Spokane, Wash. — The Spokane Chiefs announced on Monday that they have acquired forwards James Form (2002) and Chase Bertholet (2003), as well as a second-round pick in the 2024 WHL Prospects Draft from the Winnipeg ICE in exchange for forward Jack Finley (2002).

“Chase and James will help reinforce our team to help us now and for the future,” said Chiefs General Manager Scott Carter. “They are two players we’ve had interest in for a while and acquiring a high-round draft pick provides us with a flexible asset moving forward.”

Form, a 6-foot-2, 185-pound center from Saskatoon, Sask., has 82 games of WHL experience, scoring nine goals and five assists. In his third season in the league, he was originally a third-round pick by Winnipeg in the 2017 WHL Draft.

Bertholet is in his second year in the league and has posted eight goals and nine assists for 17 points in 25 games with the ICE this season, including four multi-point efforts. From The Pas, Manitoba, the 5-foot-11 winger has played in 52 career games, recording 10 goals and 16 assists.

“Form is a hard-working, strong player who will bring experience to our group. Bertholet is a solid, two-way competitive player who can play in all situations. We feel he will also bring some offense.”

Finley, who served as the Chiefs’ team captain, has played 152 career games for Spokane, scoring 36 goals and 57 assists for 93 points. He was originally the Chiefs’ first-round (6th overall) pick in the 2017 WHL Draft.

“It’s never easy moving a player and person of Jack’s caliber,” added Carter. “He was my first-ever draft pick with the Chiefs and we have had a great relationship with the entire Finley family.

In 21 games this year, he has eight goals and eight assists. Originally from Kelowna, B.C., he was a second-round pick (57th overall) by the Tampa Bay Lightning in the 2020 NHL Entry Draft and has signed an entry-level contract. He was invited to Hockey Canada’s National Junior Team selection camp set to begin later this week.

“With Jack going to camp for World Juniors there would have been a trade freeze in place, so we made the difficult decision to make this move now. From top to bottom, our organization will miss him and we wish him the very best. We look forward to seeing him transition to professional hockey next season. Once a Chief, always a Chief.”

Also headed to Winnipeg in the deal is a seventh-round pick in the 2024 WHL Prospects Draft.

Form and Bertholet are expected to be available for Spokane on Friday as they face the Portland Winterhawks on the road.

The Chiefs’ next home game is Friday, December 17 versus the Portland Winterhawks. It will be Avista Poster Giveaway as the first 1,000 fans will receive a Chiefs poster courtesy of Avista Utilities. Tickets for all regular season games are available online at spokanechiefs.com/tickets.