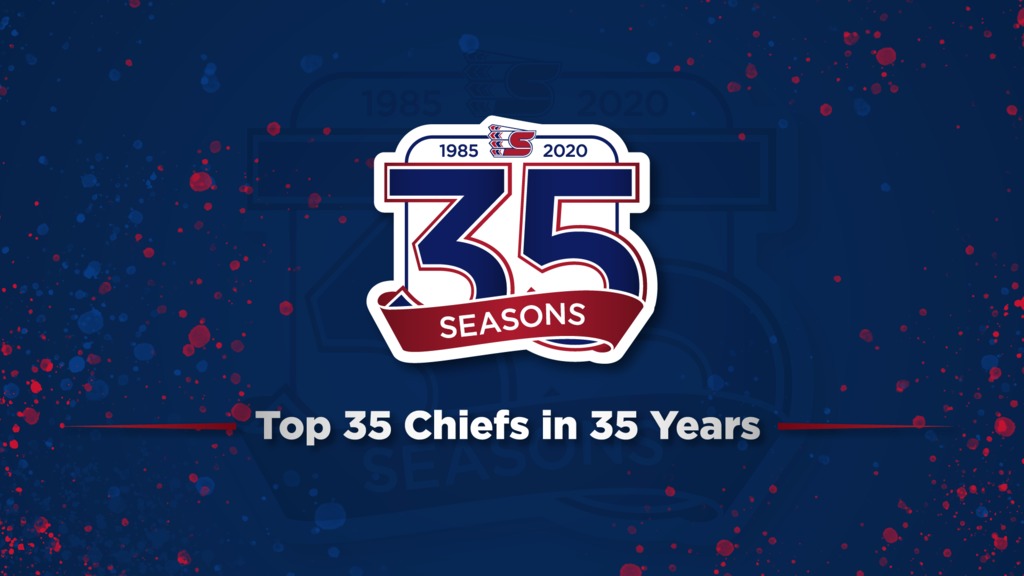 “Narrowing down a list of the top players in franchise history is always tough to do because there are so many that have contributed to our success and become fan favorites,” Chiefs managing partner Bobby Brett said.

“The five new players were all leaders on very good teams, respected by their teammates and left an impact on our organization and our city.”

The Chiefs will make a formal introduction at a press conference in the Spokane Arena’s main entrance on Friday, Nov. 29 at 11:30 a.m. Leonov, Loyns and Holmberg will be in attendance. The honorees will also be recognized at center ice in a pre-game ceremony on Friday night when the Chiefs host the Vancouver Giants at 7:05 p.m.

The 2019-20 season is the Chiefs’ 35th as a WHL franchise in Spokane after moving from Kelowna prior to the 1985-86 campaign. In the franchise’s history, 470 players have worn a Chiefs jersey. The Top 35 in 35 list now includes four goaltenders, nine defensemen and 22 forwards.

The esteemed will now include the first Chief to win all-league honors, players who led the team in scoring on four different occasions — including a 50-win team and a two-time leading scorer — a two-time captain and the all-time leading goal scorer in franchise history.

The Top 35 Chiefs in 35 Years list includes 14 Memorial Cup Champions; six from 1991 and eight from 2008. Three players went on to win the Stanley Cup as professionals and three were named NHL All-Stars. Twenty-four of the 35 players have played in the NHL, including four this season.

The Chiefs have instituted a three-year restriction, disallowing any player to be named to the list if he has played for the team within three seasons of an update. The original “Top 25 in 25” was created in 2010 before five more names were added during the 30th Anniversary season of 2014-15.

Tickets for all home games, including the 35th Anniversary celebrations on Nov. 29 and 30, are available online at spokanechiefs.com or over the phone at 509-535-PUCK.