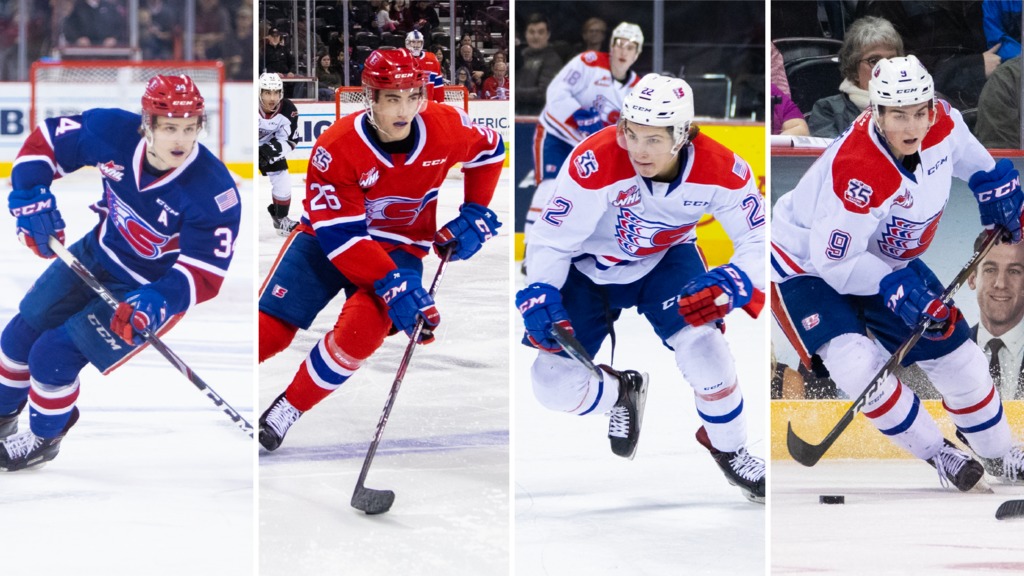 “Given the unprecedented situation we are in with COVID delays and complications, signed NHL prospects have the opportunity to play in the AHL at an earlier age than normal,” said Chiefs general manager Scott Carter. “This is a great chance for Adam and Jack to get valuable experience against professionals in a highly competitive environment.”

Beckman and Finley will remain on loan to the AHL until the beginning of the Chiefs’ season.

Forwards Luke Toporowski and Bear Hughes (2020 5th round; Washington Capitals) have also been released to play in the USHL, for the Sioux Falls Stampede and Fargo Force, respectively.

“Our league and USA Hockey reached a unique agreement regarding American players from (WHL) U.S. Division clubs,” added Carter. “Despite the WHL’s commitment to play this season, there are still uncertainties, and this opportunity will provide Luke and Bear the chance to play right away.

“Each of these players remains committed to the Spokane Chiefs and the Western Hockey League. We look forward to their return.”

Under the agreement with the USHL, the rights for Toporowski and Hughes will transfer to their respective USHL club through the remainder of the 2020-21 USHL season. Following the conclusion of the USHL schedule, they will be listed as Affiliate Players with the Chiefs should they return to Spokane for the 2020-21 WHL season. The rights to both players will return to the Chiefs and Western Hockey League full-time for the 2021-22 campaign, which will mark the overage season for each.

Further details and schedule for the 2020-21 WHL season will be announced at a later date.