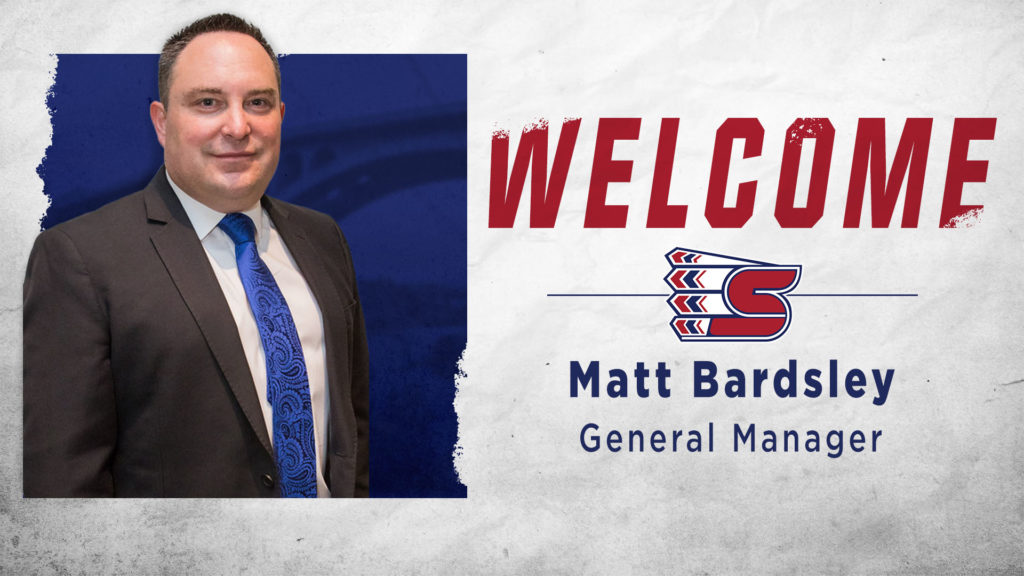 Spokane, Wash. — The Spokane Chiefs have named Matt Bardsley as the club’s new General Manager. Prior to his most recent position as a scout with the Philadelphia Flyers, Bardsley was the General Manager of the Kamloops Blazers from 2018-21, winning B.C. Division titles in 2020 and 2021.

“Today is a great day for me and my family to join such a tremendous and storied franchise in the Spokane Chiefs while raising our family in the beautiful city of Spokane,” Bardsley said.

“We couldn’t be more excited to welcome Matt and his family into our organization,” Chiefs President Mark Miles said. “His experience and success in the league, combined with his character, made him the right choice for the position.”

Bobby Brett, Managing Partner of the Chiefs said, “Matt is highly regarded in hockey circles and everyone we’ve spoken with has talked about his integrity. We’re happy to have an individual with those qualities lead our hockey operations department.”

Bardsley said, “I want to thank Bobby Brett, Mark Miles, Tim Speltz, Andy Billig and Scott Carter for trusting in me to be the person to lead the organization going forward. I would like to thank the Philadelphia Flyers organization led by Chuck Fletcher and Brent Flahr for providing me an opportunity to work in the National Hockey League as well as allowing me this tremendous opportunity to join the Chiefs organization. A special thanks to Mark Greig, who is one of the most respected scouts in the National Hockey League and one of the best people in life. I learned a lot from him this year and am blessed to call him a friend.”

Following the 2020 season, Bardsley was named the Western Conference Executive of the Year. Kamloops won their first division title in eight seasons and finished the year 41-18-3-1 with 86 points, 14 more than second place.

The Blazers earned a record of 87-54-9-3 in his three seasons at the helm. The Portland native left the position in May, 2021 to be closer to his family.

Before his post with Kamloops, Bardsley spent 18 seasons with his hometown Winterhawks, beginning as a scout in 1999. He was named Director of Player Personnel in 2007 and later Assistant General Manager in 2013. He helped the Winterhawks win the 2013 WHL Championship, which was their third of four straight trips to the league finals.

Bardsley takes over for Scott Carter, who resigned due to health and family reasons. Carter served as General Manager from 2016-22.

The 50-year-old will move to Spokane with his wife, Stacy, six-year-old daughter Brooke and three-year-old son Vince.

“We look forward to relocating to Spokane in the near future and are excited to join the community while starting to establish the Spokane Chiefs organization that will be known to have a strong focus on player and staff development along with team success.”