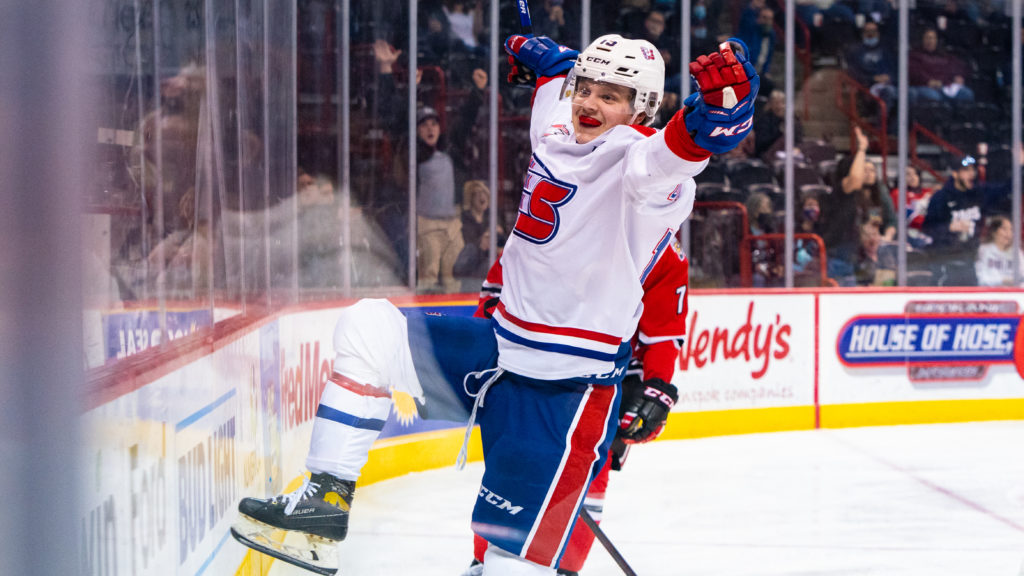 Kennewick, Wash. – The Spokane Chiefs wrapped up their pre-season slate with a 3-2 overtime win against the rival Tri-City Americans Sunday afternoon.

The Americans were first on the board with a goal from Jordan Gavin just over halfway through the first period.

Spokane picked up their first goal of the game as defenseman Brayden Crampton found the net with help from Ben Bonni and Kooper Gizowski at 16:56 in the second period.

Tri-City scored their second goal in the third period, but the Chiefs were quick to answer as Saige Weinstein picked up his seventh point of the pre-season on a game-tying goal at 14:42. Crampton and Jake Gudelj earned assists on the play.

Spokane was quick to finish the job in the overtime frame, as Kooper Gizowski potted his second goal of the pre-season to seal the 3-2 victory. Rookie Tommaso De Luca and Ty Cheveldayoff picked up assists on the play, their fifth and fourth pre-season points respectively.

Rookie netminder Cooper Michaluk played the full 60 minutes plus overtime for the Chiefs and was a wall, turning aside 29-of-31 shots faced.

The Chiefs were slow to get their momentum going, but ended up outshooting the Americans 47-31. Spokane went 1-for-4 on the power play and 3-for-3 on the penalty kill.