Chiefs Down to Two Goalies After Campbell Arnold Released for Reassignment 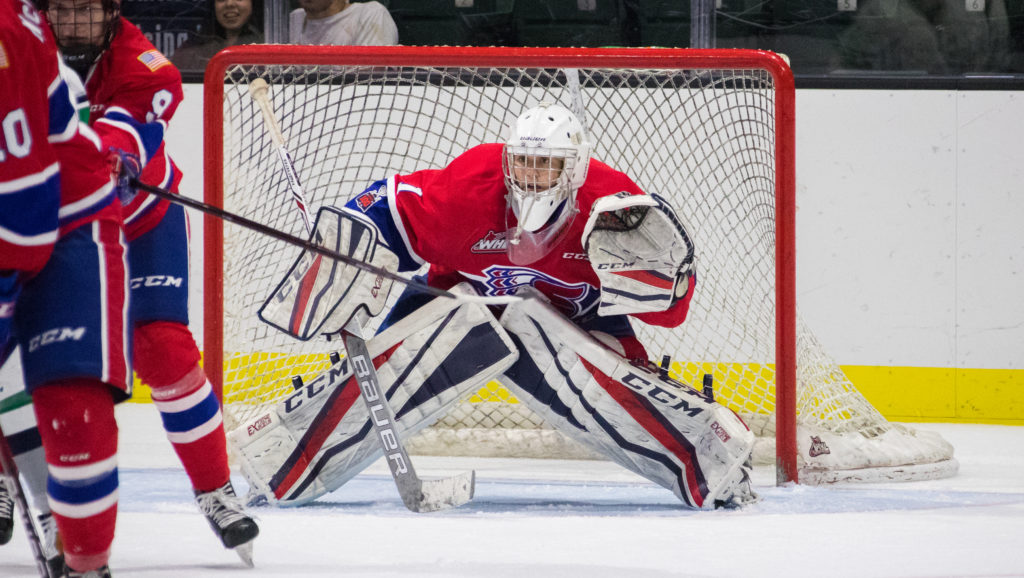 SPOKANE, Wash. — The Spokane Chiefs announced on Friday that 16-year-old goaltender Campbell Arnold has been released from their active roster. His reassignment is to be determined.

“We are very happy with Campbell’s development coming into this season,” said Chiefs general manager Scott Carter. “He has performed very well for us in the pre-season and we’re excited for his future. This move allows him the opportunity to play regular starting minutes and continue that development.”

The move leaves the Chiefs with two goaltenders on their active roster in 19-year-olds Dawson Weatherill and Bailey Brkin. Weatherill recently returned from the Boston Bruins’ rookie camp. Arnold remains on the Chiefs’ protected list.