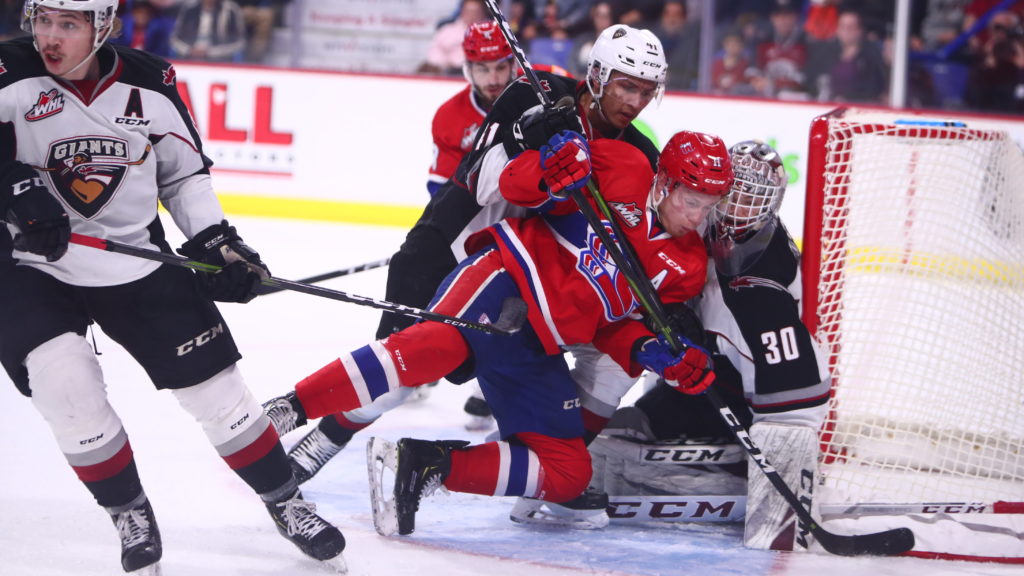 LANGLEY, B.C. — The Spokane Chiefs were eliminated from the 2019 WHL Playoffs with a 3-2 loss to the Vancouver Giants in Game 5 of the Western Conference Championship on Friday night in Langley. The Giants advance to play the winners of the Edmonton versus Prince Albert series in the Eastern Conference.

After a largely back-and-forth opening 15 minutes, the Giants struck first as top NHL prospect Bowen Byram found some space shorthanded to fire the puck inside the right post to make it 1-0. The unassisted goal was Byram’s 7th of the playoffs.

Vancouver found the net again just 2:40 later, scoring on the power play to make it 2-0. Dylan Plouffe fired a shot from the right circle that bounced up in front of Spokane goalie Bailey Brkin. Rookie forward Justin Sourdif was there to redirect it in.

Los Angeles Kings prospect Jaret Anderson-Dolan scored on a power play at 4:22 of the third period, but the Giants responded quickly as Brayden Watts punched in a rebound 21 seconds later to push the Giants’ lead back to two goals at 3-1.

Ethan McIndoe chipped a goal in late with the Spokane net empty, but it wasn’t enough as the Giants were able to close the door late.