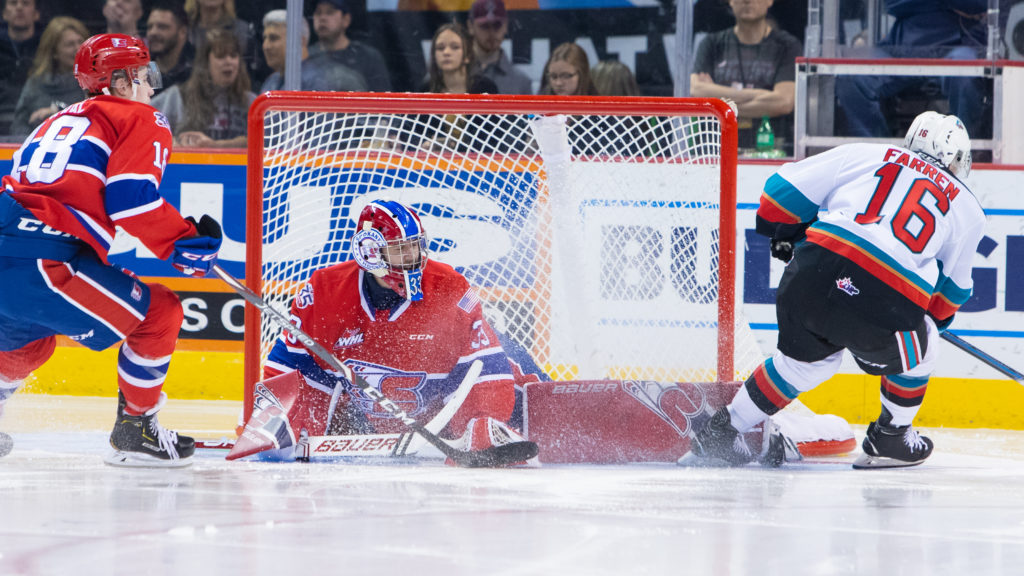 Spokane Chiefs netminder Lukáš Pařík has been named to the Czech Republic’s final roster for the upcoming 2020 IIHF World Junior Championship, as announced by the Czech national team on Monday. He is one of three goalies listed.

Pařík, an 18-year-old Los Angeles Kings prospect (2019 third round), has been outstanding early in his rookie WHL season with the Chiefs, posting a 2.59 GAA and .914 SV% in 13 appearances. The 6-foot-3 product of Neratovice, Czech Republic, was selected by Spokane in the first round (43rd overall) of the 2019 CHL Import Draft.

The 2020 World Junior Championship will take place in Parik’s home Czech Republic, with games set to take place in Ostrava and Trinec. The Czechs will begin their tournament with a group round contest versus Russia on Dec. 26.

Parik and the Czechs will take on Chiefs captain Ty Smith and Team Canada on New Year’s Eve.

The Chiefs remain on their mid-season holiday break until December 27 when they take on the Seattle Thunderbirds on the road. Mike Boyle will have the radio call on 103.5 FM The Game with the pre-game show at 7 p.m. and puck drop at 7:35.

Spokane next returns home on Saturday, December 28 to host Tri-City. It will be Coeur d’Alene Casino Family Feast Night with fans able to purchase a variety of discounted concessions throughout the game all along the main concourse.