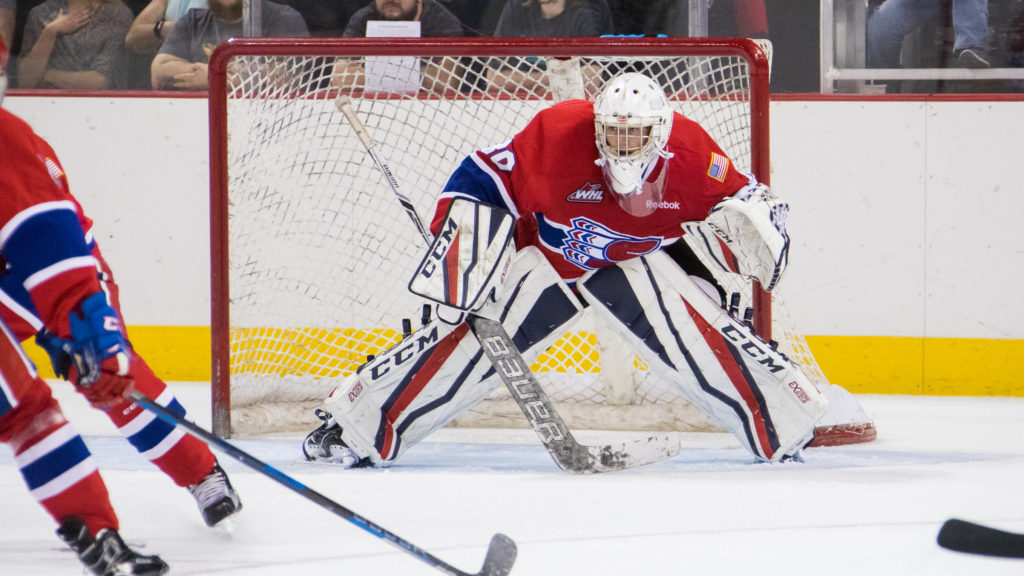 SPOKANE, Wash. – The Spokane Chiefs announced on Friday night that goaltender Campbell Arnold would be joining the team as an Affiliated Player.

Last season, with the Shawnigan Lake School, Arnold played in 17 games, posting a 4.40 GAA and .877 SV%. He faced over 50 shots six times, including an 80-save performance on 84 shots faced, and recorded three shutout wins.

Arnold will be available for the Chiefs’ road game at Portland on Dec. 16 and will wear jersey no. 1.

In a corresponding move, the Chiefs reassigned goalie Declan Hobbs (Affiliated Player) to the Nipawin Hawks of the Saskatchewan Junior Hockey League.

You can catch the Chiefs’ next home game Sunday, December 17 as they take on the Seattle Thunderbirds. It will Toys 4 Tots & Ugly Sweater Night, meaning Chiefs fans can be entered to win prizes throughout the night from courtesy of the Spokane Chiefs by bringing new, unwrapped toys donations for Toys 4 Tots. Additionally, Chiefs fans are encouraged to wear their favorite ugly holiday sweated to the game!

Tickets for Sunday night and all Chiefs home games are available in-person at the Chiefs’ Ticket Office, over the phone at 509-535-PUCK and online at spokanechiefs.com.