Chiefs hold on to beat Tri-City in final pre-season game, 3-2 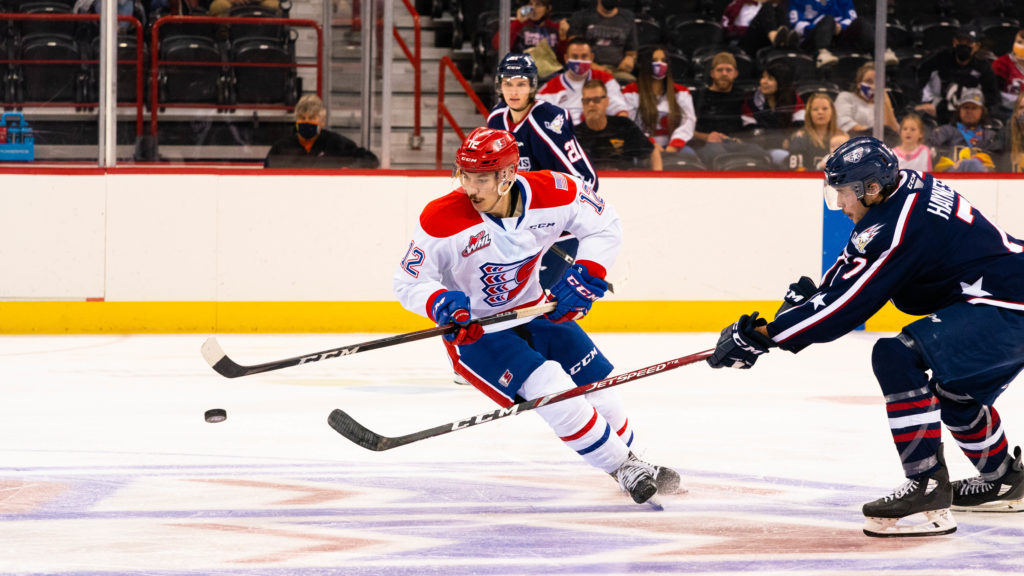 Kennewick, Wash. – The Spokane Chiefs ended their six-game pre-season slate on a high note Saturday night, as they skated to a 3-2 victory over the Tri-City Americans. The Chiefs completed exhibition play with four wins, three of which came against the Americans.

About halfway through the first period, veteran forward Brandon Reller put the Chiefs on the board first, with an assist from rookie Michael Cicek. The Ams quickly put themselves back in it though, thanks to an unassisted goal from Jake Sloan.

Rookie right wing Kooper Gizowski netted the only goal of the second period, with help from Erik Atchison and Brayden Crampton, pushing the Chiefs’ lead to 2-1.

Spokane’s third and final goal of the night came on an empty-netter from Cordel Larson (assist – Blake Swetlikoff), which gave the Chiefs some insurance when Sloan scored again for Tri-City with just 30 seconds left in the game.

Spokane outshot Tri-City, 35-29 and Mason Beaupit was a wall in the net, denying 27 of 29 shots from the Ams. There were 11 power plays throughout the game (5 for SPO, 6 for TC), but neither team was able to capitalize on them.

The Chiefs will kick off the regular season at home on Saturday, October 2 when they face the Tri-City Americans at 7:05 p.m. PT.