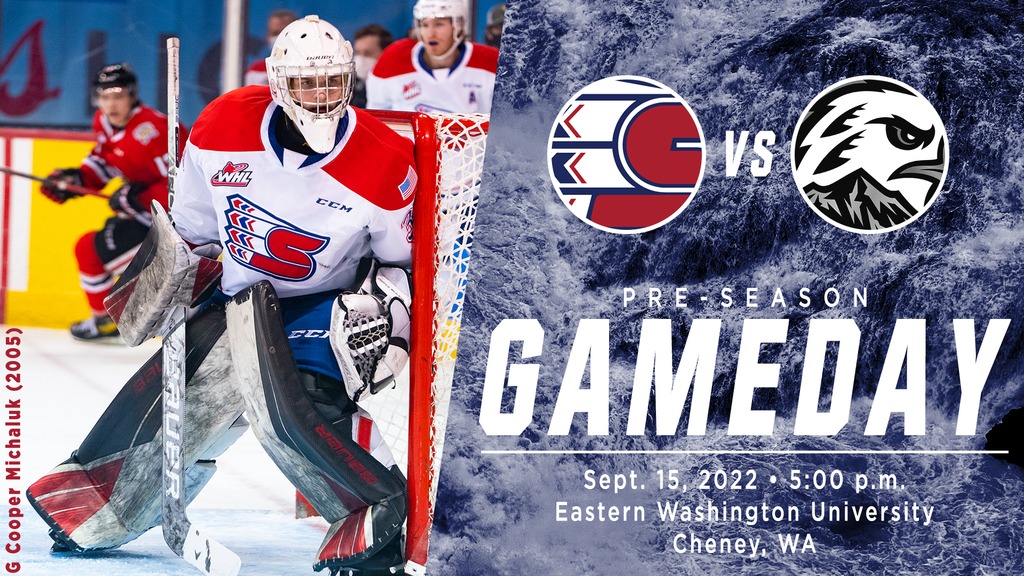 Cheney, Wash. — The Spokane Chiefs continue their pre-season with a home game against the Portland Winterhawks Thursday night. Puck is set to drop at 5:00 p.m. at Eastern Washington University’s Rec Center Ice Arena.

EWU students will be able to attend the game for free with a valid student ID. Tickets are available for purchase by phone (509-535-PUCK), in-person at the Spokane Chiefs Box Office or online here. Tickets are general admission and will cost $10 each (all ages).

After last weekend’s games in Everett, the Chiefs reassigned 2007-born forwards Chase Harrington, Owen Martin and Hayden Paupanekis. Harrington returned to Delta Hockey Academy’s U18 squad, while both Martin and Paupanekis went to Rink Hockey Academy U18 in Winnipeg, MB.

The Chiefs will also be without goaltender Mason Beaupit, defenseman Graham Sward and forward Chase Bertholet this weekend. Beaupit is at the San Jose Sharks camp, Sward at the Nashville Predators’ and Bertholet at the Winnipeg Jets’.