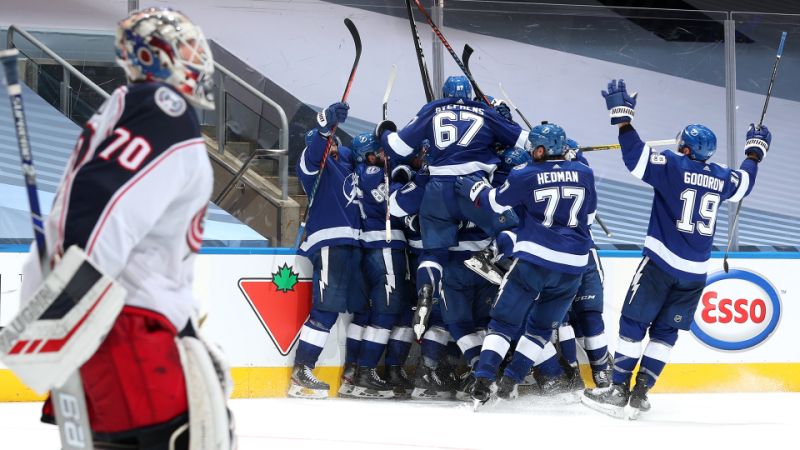 The NHL’s 2020 Stanley Cup Playoffs kicked off on Tuesday and two native Spokanites and former Chiefs each notched wins with their respective clubs. Tyler Johnson and the Tampa Bay Lightning beat the Columbus Blue Jackets while Derek Ryan and the Calgary Flames prevailed over the Dallas Stars.

Tyler Johnson was part of a historic night in the Toronto playoff bubble as the Lightning and Blue Jackets needed five overtimes to settle the first game of their opening round series. The game lasted so long that the scheduled matchup between Boston and Carolina, set to take place on the same ice in Toronto later on Tuesday, was postponed to Wednesday.

Johnson finished with five shots on goal in just over 40 minutes of ice time in the marathon contest. He also logged over four minutes of power play time, though the Lightning could not convert on four chances.

Derek Ryan and the Flames took an early 2-0 lead after back-to-back goals from former Kelowna Rocket Dillon Dube. The Stars pushed back with two goals of their own before Calgary’s Rasmus Andersson potted what would prove to be the game-winner at 16:01 of the second period.