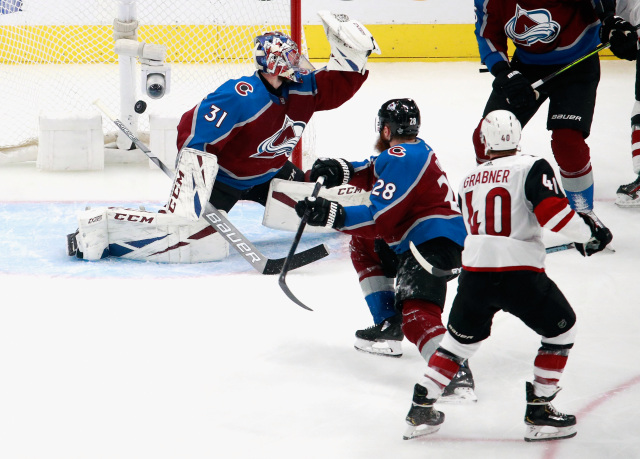 Four former Chiefs continued their pursuit of the Stanley Cup on Friday, including a pair of former players turned coaches taking 2-0 series leads.

Michael Grabner (2004-07) scored his first goal of the postseason in a 3-2 loss to the Colorado Avalanche. His goal tied the game at 2-2 in the second period. Former Chief Jared Bednar (1991-92) has the Avs poised to move on to the second round in his fourth year as head coach.

Travis Green (1986-90) led the Canucks to a 2-0 series lead against the defending champion St. Louis Blues. With the former Chief behind the bench, the Canucks scored once in each period. The Blues scored with just seven seconds left in regulation to force overtime.