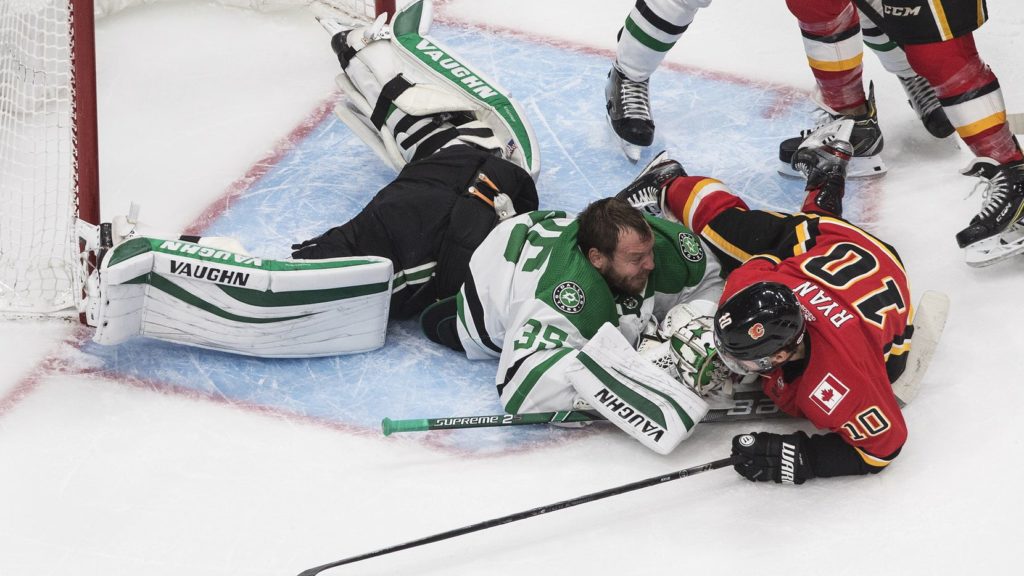 Derek Ryan picked up an assist but Sunday brought two losses for former Chiefs in the Stanley Cup Playoffs.

Derek Ryan (2004-07) picked up an assist and was +1 but the Flames couldn’t hold on to a late lead before losing in overtime to tie the series. Ryan’s assist was a beauty as the former Chief flipped a backhand off the right wall to Tobias Rieder, who scored his NHL record third shorthanded goal in the playoffs.

Note to everyone: Tobias Rieder is lethal shorthanded. #StanleyCup

Veteran forward Joe Pavelski capped his hat trick for the Stars with just 12 seconds left in regulation to force overtime.

Travis Green (1986-90) suffered his first loss behind the bench during the young 2020 playoffs as the “road” team in the series won once again. All the scoring was done in the second period before former Brandon Wheat King and Saskatoon Blade Brayden Schenn potted the game-winner at the 15:06 mark of overtime.