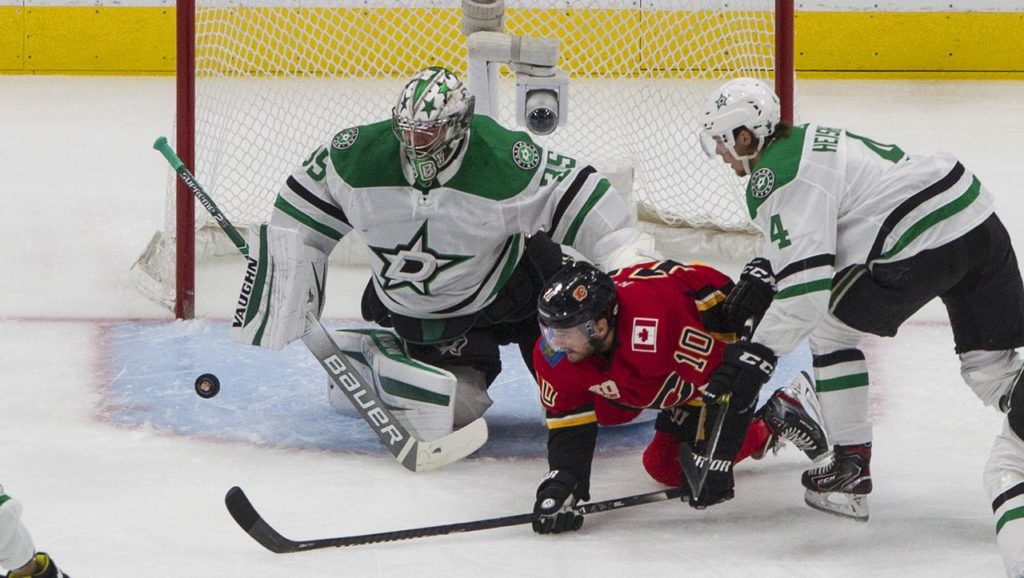 Derek Ryan has his back against the wall after Game 5 loss to Dallas.

Derek Ryan (2004-07) and the Flames got pushed to the brink in Game 5 action on Wednesday, losing a close one to the Dallas Stars inside the Western Conference bubble in Edmonton.

Ryan had two hits in 10:33 of ice time, including 1:40 on the penalty kill, plus a rare shift on the power play for the Shadle Park graduate.

Goaltending stole the show in the low-scoring affair, with Calgary’s Cam Talbot stopping 30 of 32 shots faced while Dallas’ Anton Khudobin was even better, turning aside 28 of 29 for the win.