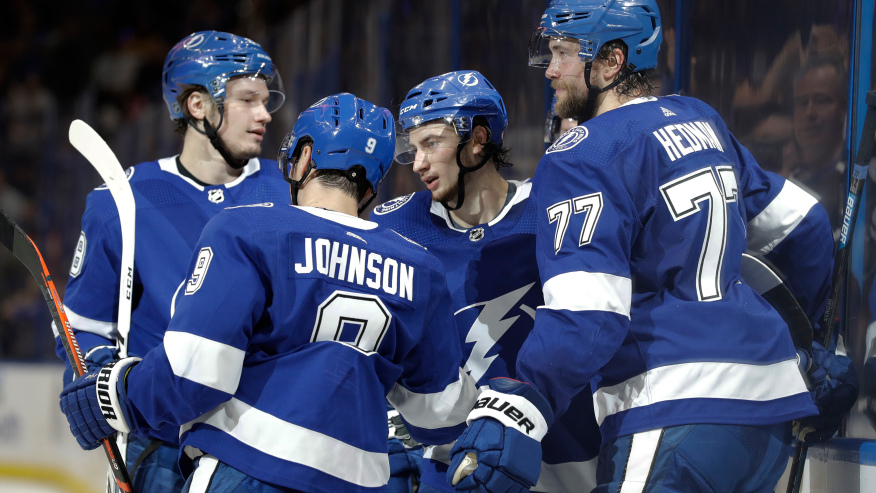 Tyler Johnson (2007-11) and the Tampa Bay Lightning advanced on to the second round with a Game 5 overtime win over Columbus on Wednesday in Toronto.

Johnson scored his third goal of the playoffs to give Tampa Bay an early 1-0 lead to start a wild offensive showdown. The Lightning went up 2-0 before Columbus responded with four in a row to make it 4-2 in favor of the Blue Jackets midway through the third. Anthony Cirelli tied the game for Tampa with only 1:38 left in regulation, then former Moose Jaw Warrior Brayden Point tallied his second OT game-winner of the postseason at the 5:12 mark of the extra frame.

Johnson finished with with the one goal and a +1 rating in 12:37 of ice time.

Michael Grabner (2004-07) had two shots on goal but the Coyotes were defeated soundly by the Avalanche, ending Arizona’s playoff run. Former Chief Jared Bednar (1991-92) led the Avs to the series win from behind the bench.

Travis Green (1986-90) and the Canucks took a 3-2 series lead with a comeback win over the Blues in Game 5. Vancouver trailed 3-1 early in the second period before storming back with three goals in under seven minutes in the second half of the middle frame.