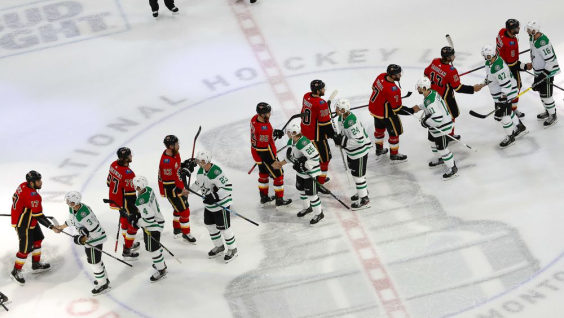 The quest for the Stanley Cup came to an end for Derek Ryan (2004-07) and the Calgary Flames, who lost Game 6 to the Dallas Stars on Thursday in Edmonton.

It was a bitter end for the Flames, who took an early 3-0 lead and looked poised to force a Game 7 before the Stars roared back, scoring the game’s final seven goals including five in the decisive second period.

Ryan finished with one shot on goal, two hits and an even plus-minus rating in just under ten minutes of ice time. In the series, he picked up two assists and was +3.

The Shadle Park graduate is expected to return to Calgary next year as his contract runs through the 2020-21 season.