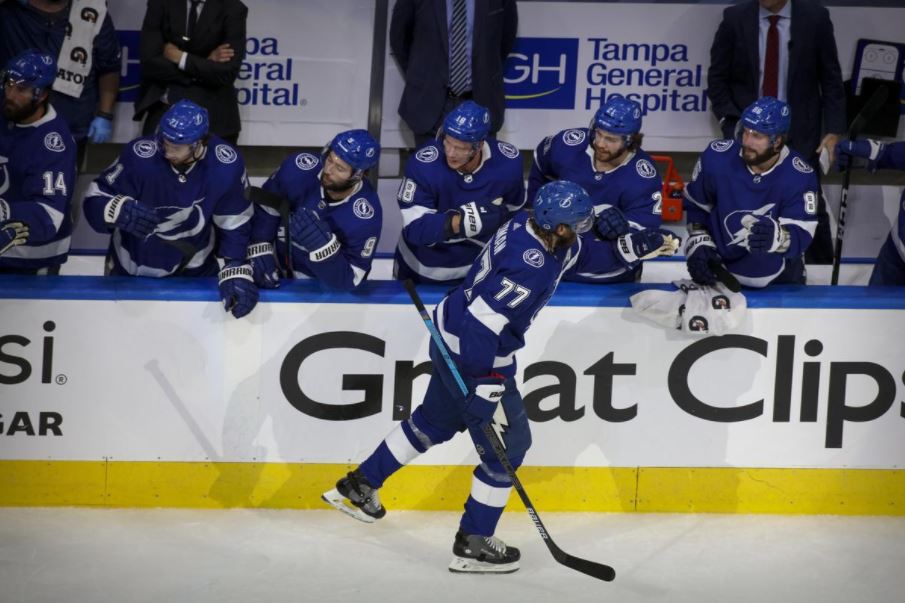 Former Chief Tyler Johnson and the Tampa Bay Lightning are in the driver’s seat in the Eastern Conference Finals!

An update on Chiefs in the 2020 Stanley Cup Playoffs:

Johnson (2007-11) and the Bolts find themselves up 2-0 in the best-of-seven conference finals against the New York Islanders after wins on Monday and Wednesday.

In Game 1, Tampa cruised to an 8-2 win, looking the part as the favorite entering the semi-final round. The game was tied 1-1 early in the first period but the Lightning scored twice more to take a 3-1 lead into the first break and never looked back. They outshot New York 34-24 and went 3-for-6 on the power play. Johnson had two shots on goal, one hit and one block in just 11:59 of ice time as Tampa dominated.

In Game 2, it was a closer affair, with the Lightning squeezing out a 2-1 win on a goal scored with just nine seconds left in regulation. Matt Martin (NYI) and Victor Hedman (TBL) traded scores in the first period and the score remained 1-1 until the 19:51 mark of the third, when Nikita Kucherov potted his sixth of the postseason to give the Bolts a 2-0 series lead. Johnson finished with one shot on goal in 15:08 of ice time.

Elsewhere, the two former Chiefs serving as head coaches have both been eliminated. Travis Green (1986-90) and the Vancouver Canucks lost in Game 7 to the Vegas Golden Knights while Jared Bednar (1991-92) and the Colorado Avalanche fell in Game 7 to the Dallas Stars.