Chiefs’ Kral named to Vaughn CHL Team of the Week 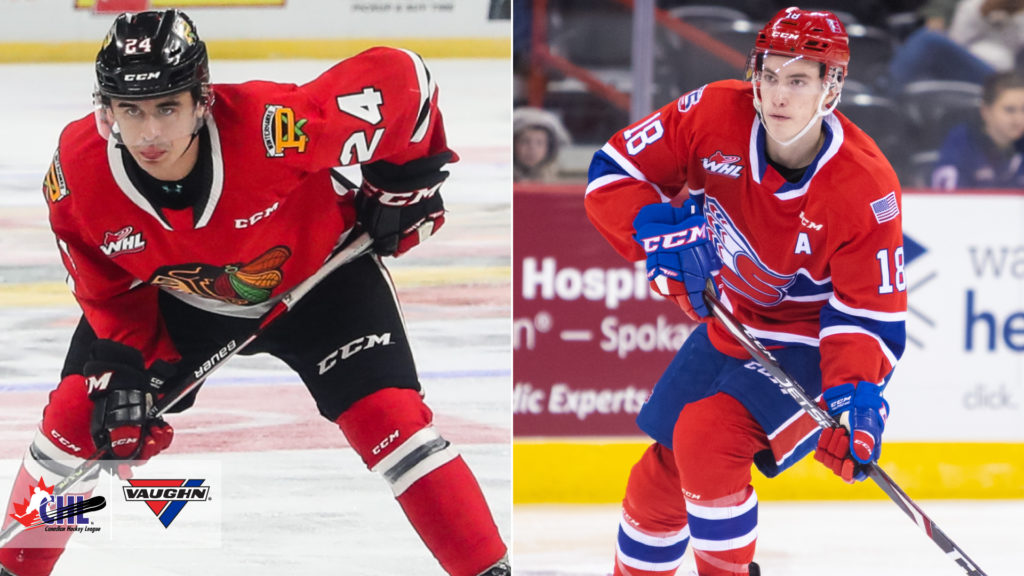 Toronto, Ont. – The Canadian Hockey League today announced the 16th edition of the Vaughn CHL Team of the Week for the 2019-20 season based on individual performances from Jan. 6-12.

Leading the forward ranks is Oshawa Generals centre and Nashville Predators first-round pick Philip Tomasino who tallied 10 points (6G-4A) over three contests. Tomasino made the most of his debut with the Generals, putting up two goals and three assists for five points in Thursday’s 6-3 road victory over the Windsor Spitfires that saw him recognized as the game’s first star. For his effort, Tomasino was honoured as the OHL ‘On the Run’ Player of the Week.

Also up front is Portland Winterhawks centre and 2020 NHL Draft hopeful Seth Jarvis who tallied 10 points (2G-8A) across three appearances. Against the Victoria Royals on Saturday, Jarvis impressed with a career-best five-point performance that saw him notch one goal with four assists en route to 6-5 overtime victory. The successful showing helped Jarvis earn recognition as the WHL On the Run Player of the Week.

Rounding out the forward ranks is Saginaw Spirit right-wing and New York Islanders draft pick Cole Coskey who shined with seven points (6G-1A) over a trio of contests. Currently riding a five-game point streak, that stretch included his second career hat-trick in a 6-5 win versus the London Knights in which he claimed first-star recognition.

On the blue line, London Knights rearguard and San Jose Sharks first rounder Ryan Merkley led the way with six points (3G-3A) over a trio of games. Against the Barrie Colts on Friday, Merkley matched a season high with three points as he put up a pair of goals plus one assist en route to a 5-2 victory that earned him first-star honours.

Also on the back end is Spokane Chiefs defenceman and Toronto Maple Leafs prospect Filip Kral, who wrapped up the week with five points (1G-4A). Registering at least one point in each of his last four showings, that stretch included a one-goal, one-assist performance versus the Vancouver Giants on Saturday to help guide his squad to a 6-3 road win.

Between the pipes, Gatineau Olympiques netminder and 2020 NHL Draft prospect Remi Poirier was unbeatable across two showings as he combined for 70 saves and back-to-back shutouts versus the Victoriaville Tigres and Blainville-Boisbriand Armada. Poirier’s top performance came in his most recent contest as he turned aside 37 shots Sunday versus the Armada en route to a 4-0 victory and first-star honours. For his efforts, Poirier was recognized as the Ultramar QMJHL Player of the Week. 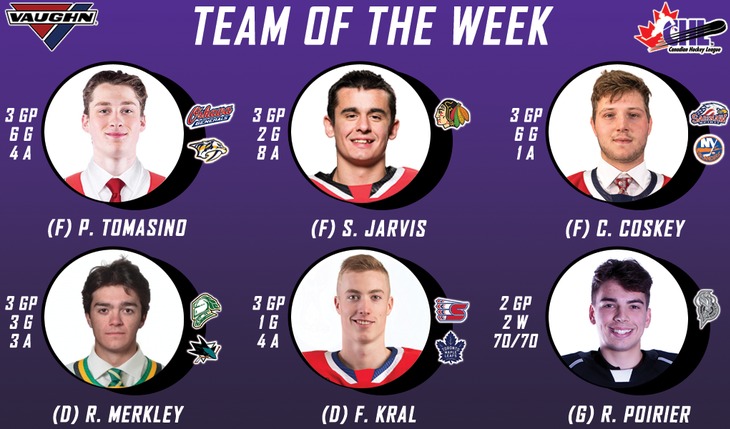