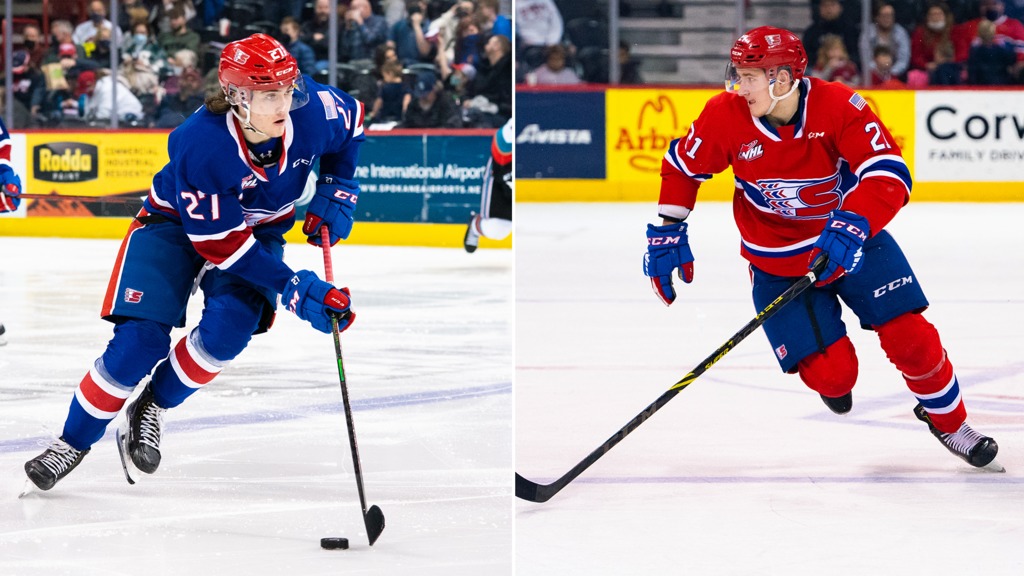 Spokane, Wash. — The Spokane Chiefs have announced that forward Yannick Proske and defenseman Timafey Kovgoreniya will not be returning, while protecting the rights to defenseman David Jiricek ahead of the 2022 CHL Import Draft. Spokane holds the 13th overall pick in the draft, which will begin at 8 a.m. PT on Friday, July 1.

“We are excited about having an early selection in the Import Draft and feel confident that we will be able to add a player who can contribute immediately,” Chiefs General Manager Matt Bardsley said.

Jiricek, who is ranked 4th among European skaters by NHL Central Scouting, played with HC Plzen (5G-6A in 29 games) and the Czechia national team (4G-10A in 30 games) during the 2021-22 season. The 18-year-old was originally selected 54th overall by the Chiefs in the 2020 CHL Import Draft.

“David is an elite defenseman and will be selected early in the first round of the 2022 NHL Entry Draft next Thursday in Montreal,” Bardsley said. “We look forward to having a discussion with him, his representation and his NHL team about the potential of joining the Spokane Chiefs this coming season.”

Proske, who was under contract with the Iserlohn Roosters (DEL) prior to being drafted by the Chiefs in 2019, will be returning to Iserlohn to play professionally. The 19-year-old played 58 games for Spokane last season, putting up 30 points (12G-18A) in his first year in the Western Hockey League.

“Yannick’s pro team Iserlohn in the DEL informed us that they would be keeping him this year,” Bardsley said. “While we were disappointed that he will not be returning, we understand that he will be given an opportunity to play pro in his home country and we wish him the best. Timafey [Kovgoreniya] will not be returning this season. In my short time getting to know him, he is a very quality person and we wish him all the best going forward.

Kovgoreniya and Proske’s release in addition to the protection of Jiricek opens one import player spot for Spokane. The Chiefs are expected to make one pick in Friday’s draft, which fans can follow at chl.ca/draft.