Chiefs’ offense heats up in pre-season win at Spokane Arena 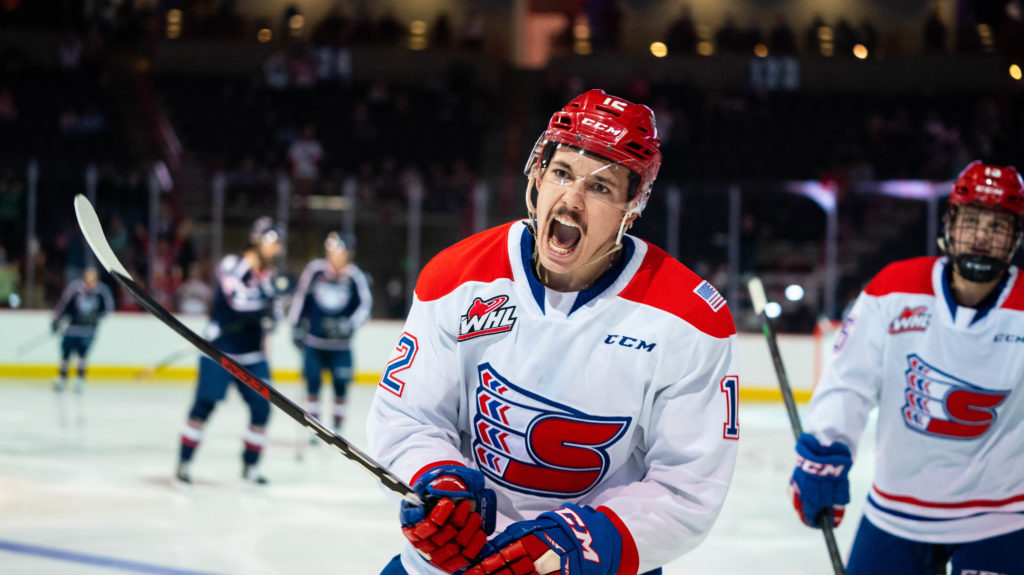 Spokane, Wash. — The Chiefs’ offense came out hot against the Tri-City Americans as the teams faced off for the second time this pre-season and only at Spokane Arena. Six different Chiefs scored and Manny Panghli stayed strong in the net to help lock in a 6-1 victory.

Second-year defenseman Chase Friedt-Mohr got the Chiefs on the board early as his shot through traffic was partially blocked by Tri-City goalie Nick Avakyan but trickled over the goal line to make it 1-0. The Americans tied it up at 11:10 on a very similar goal as rookie Dwayne Jean got one through Panghli.

Veteran forward Cordel Larson put Spokane back on top with his fourth goal of the exhibition slate, with assists to newcomer Ben Bonni and winger Reed Jacobson.

The Chiefs added on with the only goal of the second period when Texas native Copeland Fricker ripped one in from a sharp angle to make it 3-1.

Fricker sneaks it in for the Chiefs’ third goal of the night! Assists for Gross and Thornton.

It was all Chiefs the rest of the way as they added on three goals in the third period. Erik Atchison scored within the 90 seconds to make it 4-1, 16-year-old Saige Weinstein potted his first in a Chiefs uniform at 4:06 and power forward Ty Cheveldayoff capped the scoring at 16:30.

Panghli was strong in net, turning aside 30 of 31 Tri-City shots, while Avakyan finished 27-for-33. The Americans earned the only power play of the game, going scoreless in an abbreviated man advantage late in the third.

Spokane will close out their pre-season schedule on Saturday in Kennewick, facing the same Americans squad at 6:05 p.m.