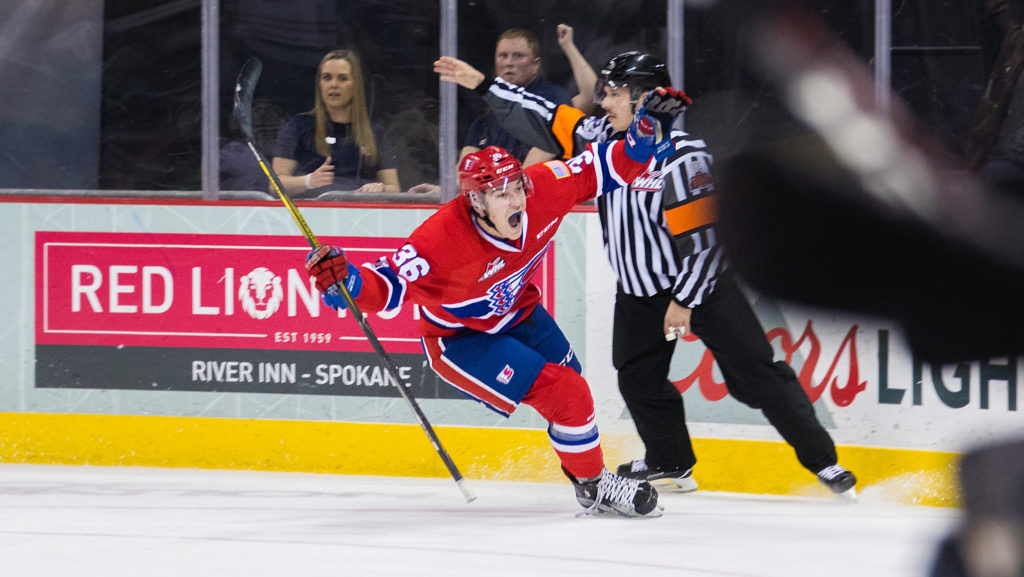 After a scoreless first period, second-year winger Carter Chorney started things off with a low shot under Winterhawks goaltender Shane Farkas to make it 1-0 at the 6:45 mark.

Beckman scored his first goal of the day just over six minutes later on a floating deflection that fooled Farkas to make it 2-0.

Spokane defenseman Luke Gallagher continued the barrage for the Chiefs early in the third period, one-timing his first of the pre-season on a power play to extend the lead to three goals.

After a Portland goal by Jake Gricius made it 3-1, the Chiefs responded quickly as Beckman forced a turnover and capitalized on the ensuing breakaway with a backhand score to make it 4-1 with 11:50 left in regulation.

The Chiefs piled on from there as Michael King scored his first as a Chief at 14:23, Chorney potted his second at 16:40 and Eli Zummack tapped in the final goal with only 39 seconds left.

Dawson Weatherill started in goal for the Chiefs and made 26 saves on 27 shots faced, while Farkas turned aside 27 of 34 shots. Spokane spent plenty of time with the man advantage, going 1-for-6 on the power play while Portland went 0-for-3.

Spokane continues their 2018 WHL Pre-Season schedule tomorrow in Everett as they play the Vancouver Giants at 3 p.m.